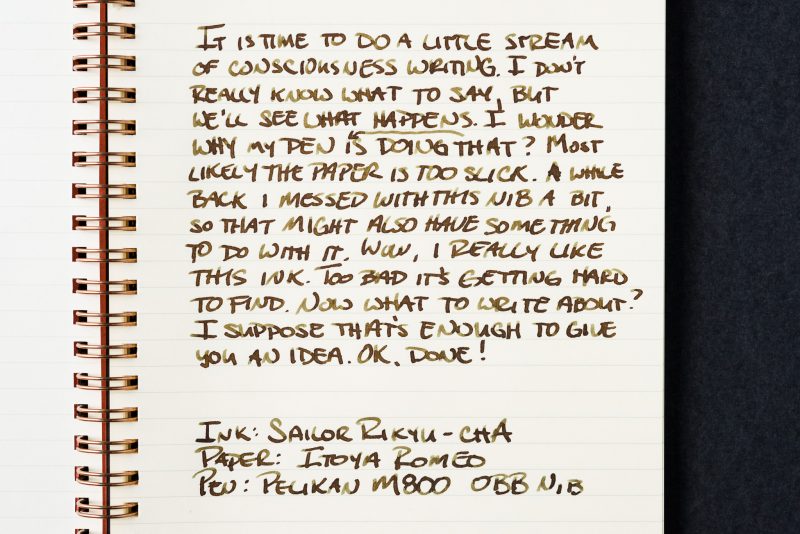 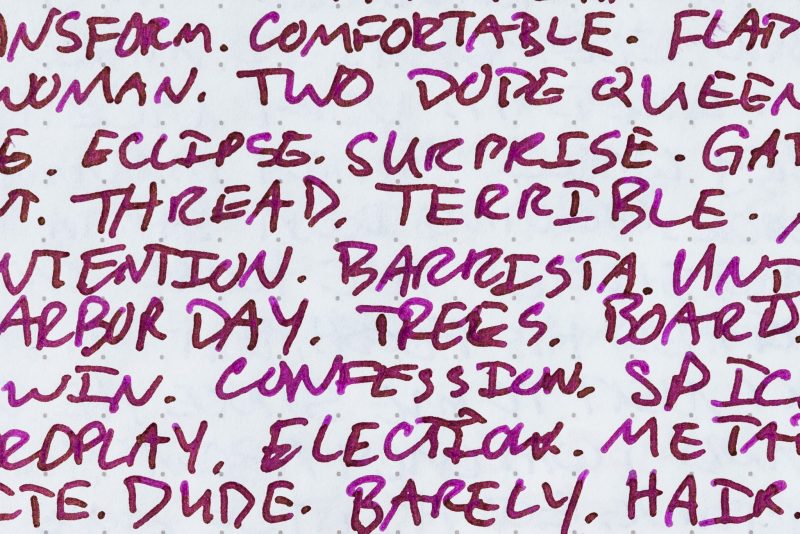 Here are some random words I overheard one day.

Other times I write random words that come to mind, but in alphabetical order. I typically try to think of longer words to write, so I get more practice. Going alphabetically also ensures that I write each capital letter at least once. On one occasion, I started out with these words: Albatross. Beautiful. Courageous (misspelled it when I wrote it). Demented. Everything. Flatulent. Gregarious. Humongous… and continued until I got to Zoetrope.

These are random words I wrote in alphabetical order.

Hopefully this helps the next time you want to write something but don’t know what to write. Just put pen to paper and let the thoughts and words flow. Or, listen to what’s happening around you and write random words. You might be surprised at the variety of words you write down and, when you look back at them in the future, will wonder what the heck you were listening to!