Fountain pen blotting paper can be very useful, especially if you enjoy using inks or papers that have higher dry times. What is blotting paper? Essentially, it is a highly-absorbent paper that can be used to soak up excess ink on the surface of your paper. If you’ve never used blotting paper or don’t know anything about it, there are a few things to know before using it for the first time. In this article, I’ll show you what blotting paper is, how to use it and give you a few tips and tricks to help you out.

What Is Blotting Paper?

The first question is what is blotting paper? As I mentioned above, it is highly-absorbent paper that is specifically made to quickly absorb excess ink. It has been used for many years, with some reports claiming it dates back to the 15th century. It is mainly found in flat sheets (just like paper), but can also be found in rolls, such as in the base of a bottle of Lamy ink. 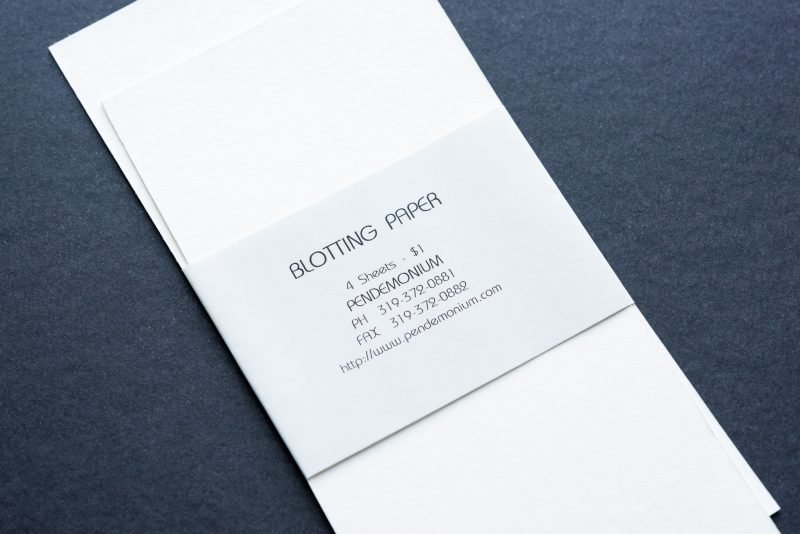 I purchased this pack of blotting paper many years ago and haven’t needed to buy more.

How To Use Fountain Pen Blotting Paper 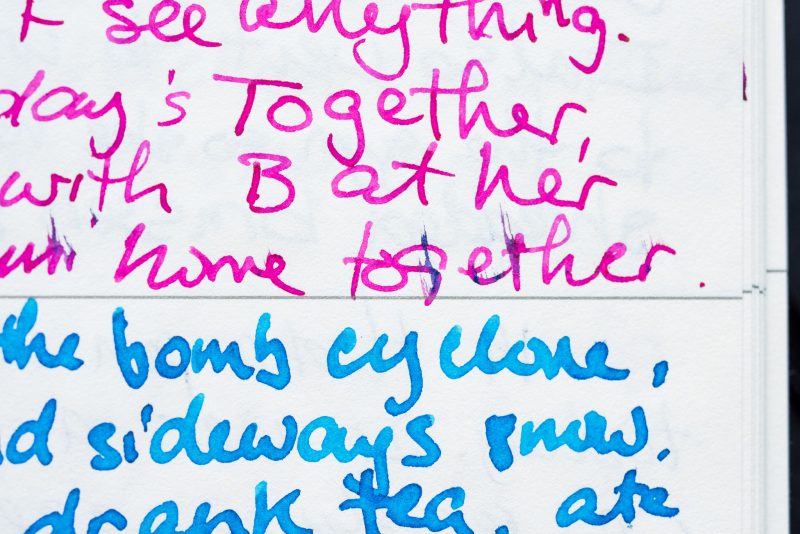 Here you can see I smeared the ink and also transferred some color with sloppy blotting. 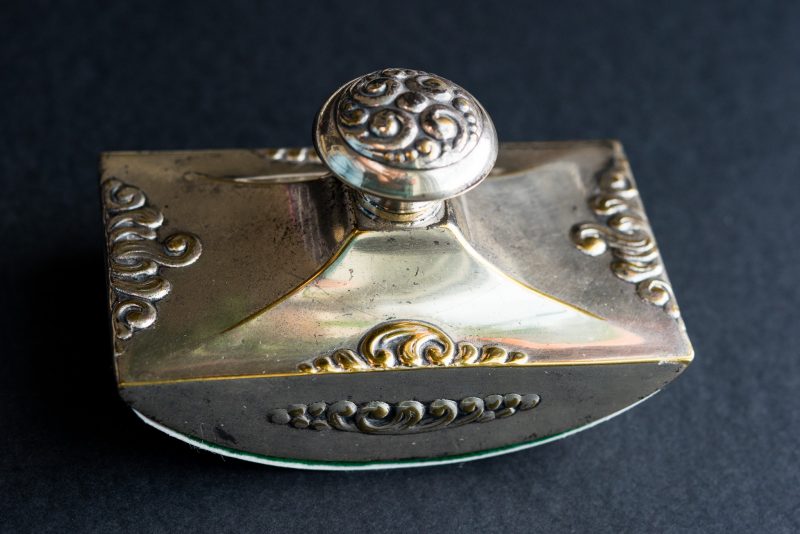 Rocker blotters can be simple or, like this silver one, quite ornate.

I’ve been using blotting paper for as long as I’ve been using fountain pens, so I’ve picked up a few tips and tricks that might make things a little easier for you if you’ve never used it before. 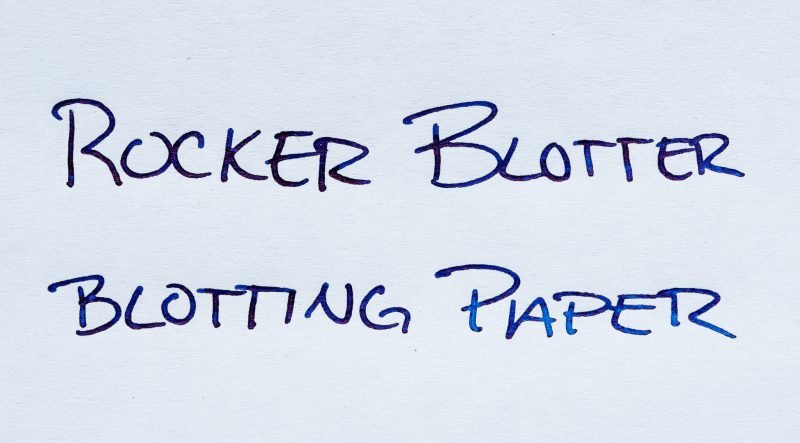 You can see that the rocker blotter did a better job at evenly removing excess ink. 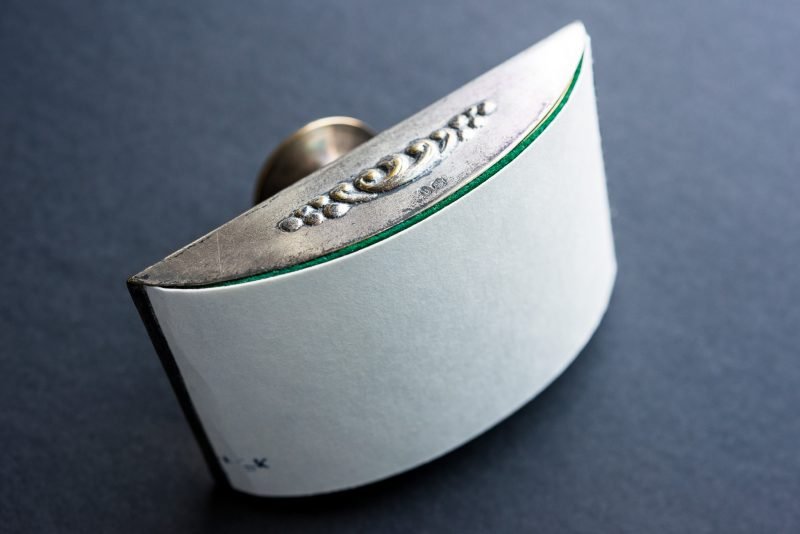 Blotting paper attaches to the bottom of a rocker blotter and can be easily replaced once it is used up.

– Choose your blotting paper wisely. I’ve used a few different types of blotting paper and can say that they indeed perform differently. For starters, unless you’re desperate, I wouldn’t even bother with the stuff in the bottom of a bottle of Lamy ink. It is intended to be used as a nib wiper, but it is often referred to as blotting paper. In my experience, it is difficult to use and doesn’t work very well. I’ve also used some blotting paper that is also used as a business card. This does work, but beware of any printing or embossing, as it will be less absorbent than the paper. Finally, there is plain old blotting paper. In my opinion, this is going to be the best to use, as its intended use is only for soaking up ink. 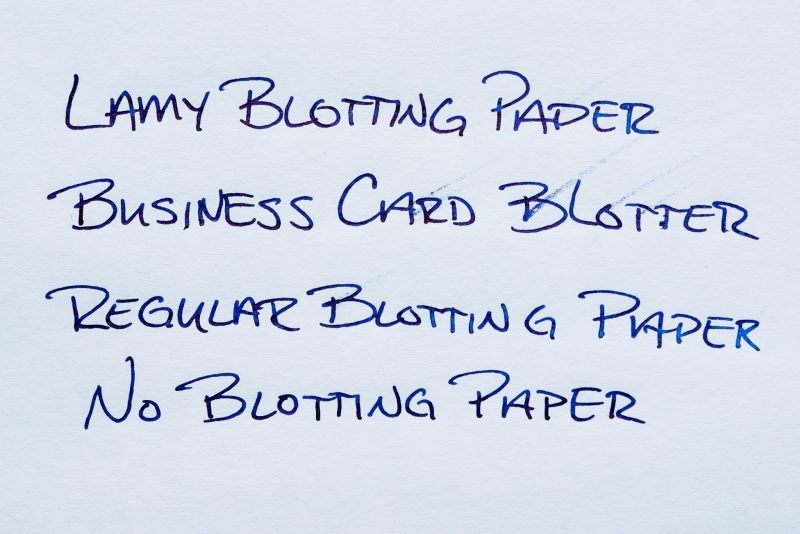 All blotting papers work about the same at absorbing ink and reducing smearing, but the Lamy paper is much harder to use.

A bit of red ink transferred to this wet green ink. Lighter colored inks are much more likely to pick up ink from your blotting paper.

– Cut custom blotters for different uses. I tend to keep pieces of blotting paper in many of my journals and notebooks. Not only does it work as blotting paper when I’m writing, but also as a bookmark! I’ve also used it in the past as a hand rest while doodling. This helps to soak up any wet ink that may be on the surface of my paper, but also keeps the oils on my hand from smearing high-sheening ink. 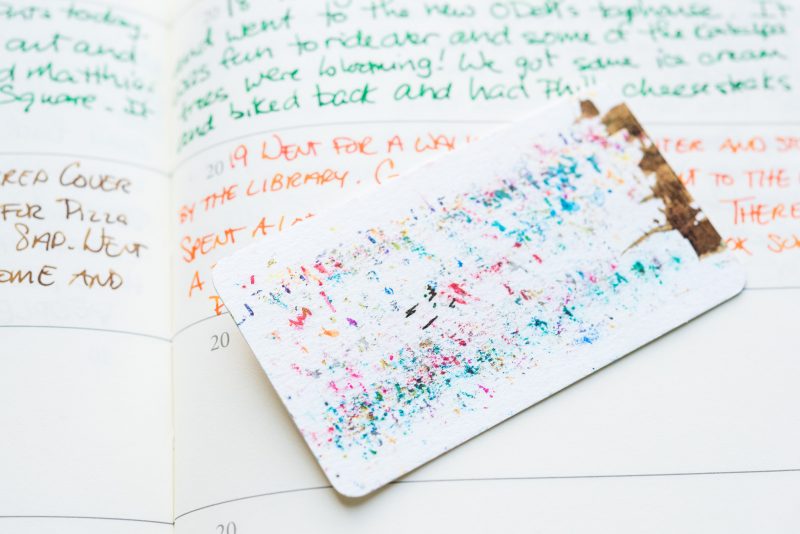 In notebooks and journals that I use regularly, I keep a piece of blotting paper as a bookmark.

– Using blotting paper may cut down on the amount of sheen that you see. Ink tends to sheen when ink is slowly absorbed into paper and some of it dries on the surface. Using a blotter removes any excess ink from the surface of the paper, which reduces sheen, so if you’re a fan of high-sheen inks, you may be better off skipping the blotting paper and waiting for your ink to dry on its own. 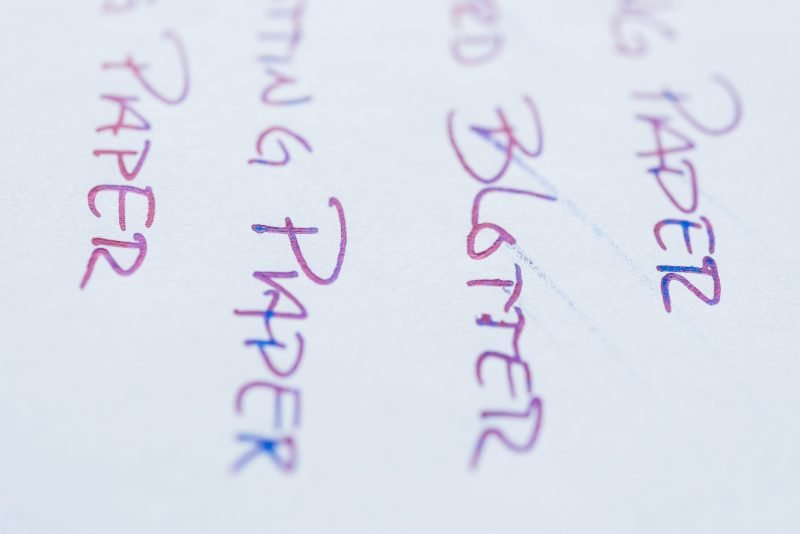 For maximum sheen and no “dead” spots in your writing, avoid using a blotter.

– Using blotting paper too quickly can remove too much ink. If you blot your ink every few words before it has a chance to dry, chances are you’ll end up with a bunch of undersaturated writing. As you can see in the image below, using a blotter before the ink has a chance to dry removes a lot from the page and doesn’t look nearly as good as letting it dry a bit. 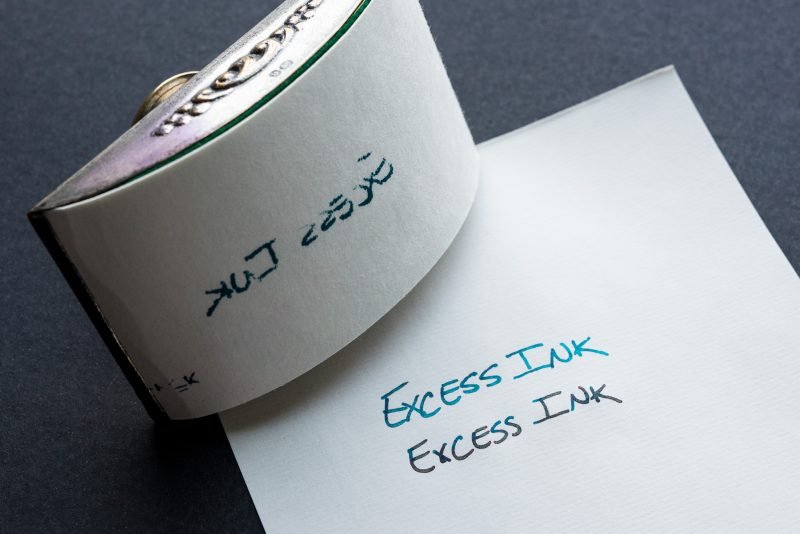 The top writing was blotted immediately after writing, while the bottom was allowed to dry without blotting.

If you’re interested in getting some blotting paper and trying it for yourself, you can buy it in a few different places: Amazon or Pendemonium (scroll down the page, just before the advertising blotters)