A Brief and Informal History of Fountain Pens

In order to understand what a fountain pen is, it can be helpful to understand why fountain pens were invented in the first place. If this isn’t something that interests you, feel free to jump to the last paragraph of this article. Otherwise, get ready for a quick history of pens!

Writing with a good fountain pen will make you realize you never want to write with anything else!

The World Before Fountain Pens

Before fountain pens were invented, if people wanted to write with ink they had to use a dip pen. Dip pens started out as simply a sharpened stick or feather. Eventually they became man-made metal points. When you hear someone refer to a dip pen, they’re referencing a metal point that is attached to a holder. The pen is dipped directly into ink and only holds enough ink to write a few words. Once it runs out it has to be re-dipped to get more ink. 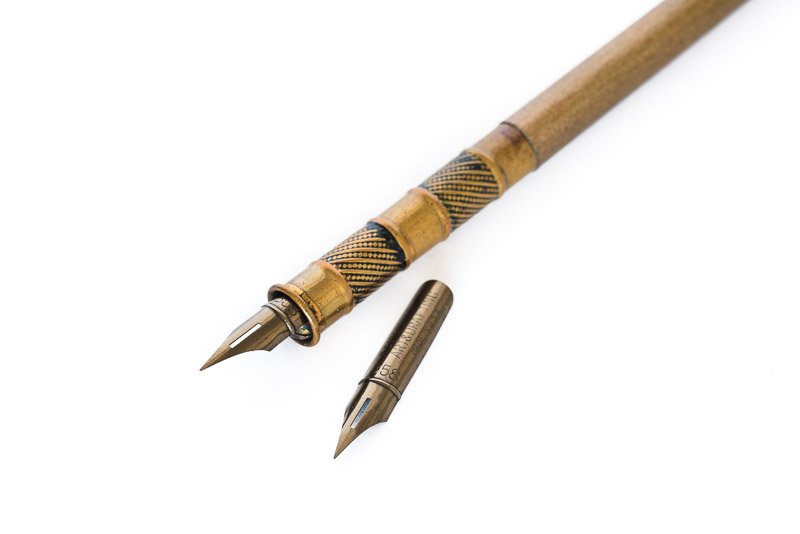 Dip Pen nib, both loose and in a holder

I’m sure you can imagine that there are a few problems with dip pens. First, you’re constantly dipping for more ink. Second, since you’d have to carry a bottle of ink with you everywhere you go, they’re not very portable. Third, they tend to be somewhat messy. Before fountain pens, this is just the way the world was. Eventually, someone got tired of using a dip pen and decided to invent something better.

The earliest fountain pens improved on the dip pen in one main way. Instead of having to dip the tip of the pen into ink, they kept a supply of ink inside the body of the pen. These pens were usually filled via eyedroppers, so that’s how they’re typically referred to: eyedropper fountain pens. This internal ink supply flowed out of the pen via capillary action when it touched paper… or at least that’s how it was supposed to work. Early fountain pens were prone to leaking, usually in the owner’s pocket. The reason they leaked so much was that they were basically a hollow tube filled with ink. Ink tended to seep between the threads where the body screwed together (or simply run out of the nib), getting all over the users hands and clothes. 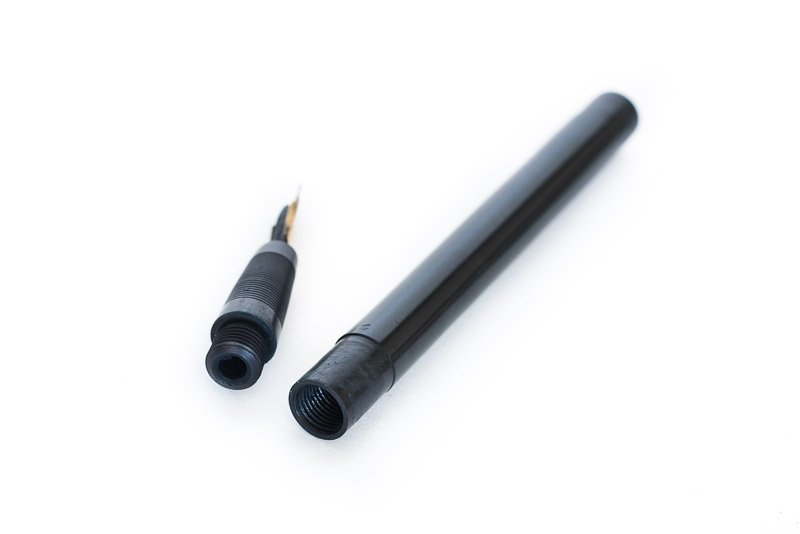 While progress was eventually made in pen design and manufacturing technology that helped prevent them from leaking so much, fountain pens didn’t really start to become widely used until the internal ink sac was developed. Instead of directly filling the body of a pen with ink, a rubber sac was placed inside the body and fitted to a section above the nib. Ink was sucked through the nib and into the sac. Pressure, surface tension and a good seal kept the ink from leaking out of the sac. As you can imagine, this was a huge improvement over the eyedroppers. 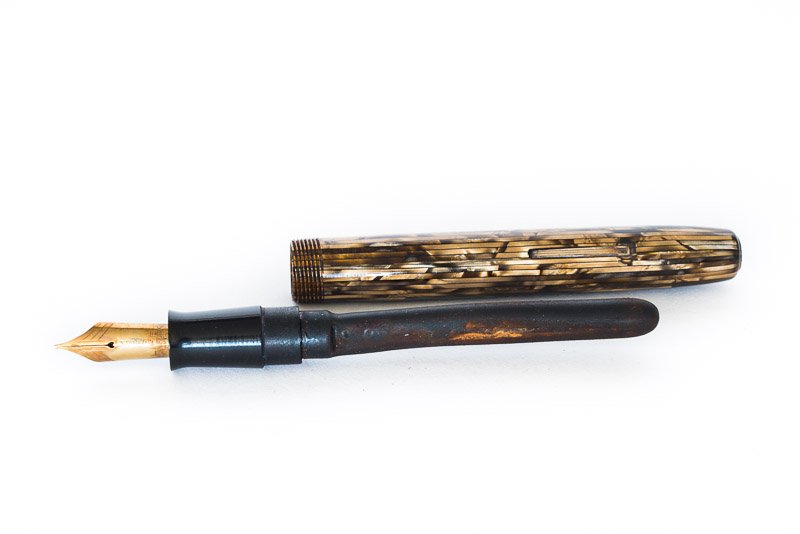 A disassembled fountain pen with an internal rubber ink sac

Eventually fountain pens saw widespread adoption amongst the general public. Not only that, but they became status symbols. People were constantly looking for new pen features, materials and even filling mechanisms that would set their writing instruments apart from everyone else’s.

The Golden Age of Fountain Pens

The period from the late 1890s to the 1950s is generally regarded as the Golden Age of the fountain pen. This era saw enormous sales, leaps in technology and very high quality pens being produced. Almost every bit of technology you can find on a modern pen was invented during this era. Two World Wars during this time forced pen manufacturers to become more creative and resourceful with their pen designs and materials. Fountain pens shifted from being made of precious metals and hard rubber to simple, everyday objects made out of plastic. Still, these plastic pens have fared the test of time far better than many of their predecessors. It’s not unusual to find a pen that’s 80 years old that still looks and works almost as well as the day it was made. 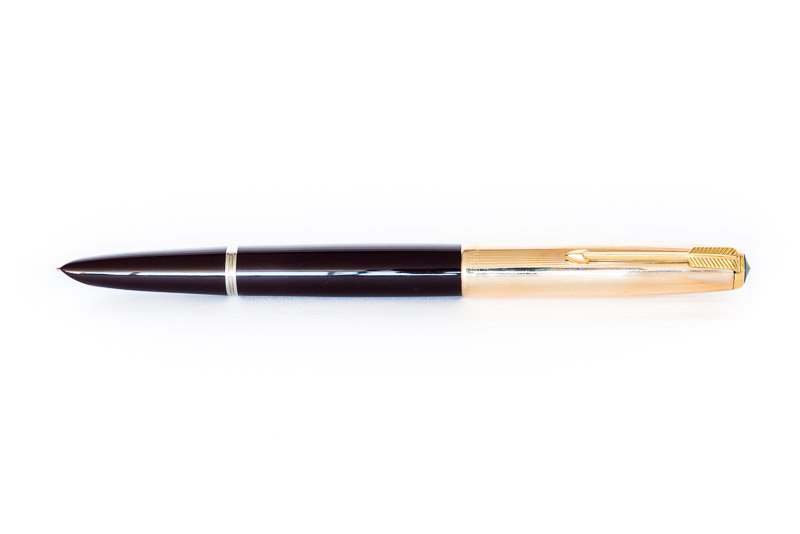 For most collectors of vintage fountain pens, this is the era that will make up the majority of their collection. Not only are these pens typically in very good condition, but there are a lot of them. Of course, there are still some very rare pens out there, especially from the turn of the century, but there are also large numbers of pens that are fairly common and can be purchased at a very reasonable price. A few popular pen brands from this era include Waterman, Parker, Sheaffer, Eversharp and Esterbrook.

In many ways, modern fountain pens are no different than those from the Golden Era. Following the 1950s, pen quality significantly decreased for most fountain pens. Ballpoint pens started to become popular and many fountain pen manufacturers focused on producing those instead. While there are still some quality and collectible examples of pens from the 1960-80s, many are low-quality pens made for school children or people who couldn’t afford a fancy new ballpoint pen.

In the 1990s, fountain pens started to make a comeback. Pen manufacturers started producing high-quality pens again. They also started targeting collectors with limited edition pens. Once again, fountain pens have become a semi-luxury item that make a statement about the person who uses them. While it is possible to spend many thousands of dollars on a single pen, it’s also possible to purchase a modern pen for less than $20. While this might not seem like what you’d expect to pay for a luxury item, keep in mind you can buy hundreds of disposable ballpoint pens for that amount of money. These days it’s even possible to buy disposable fountain pens for just a few dollars! 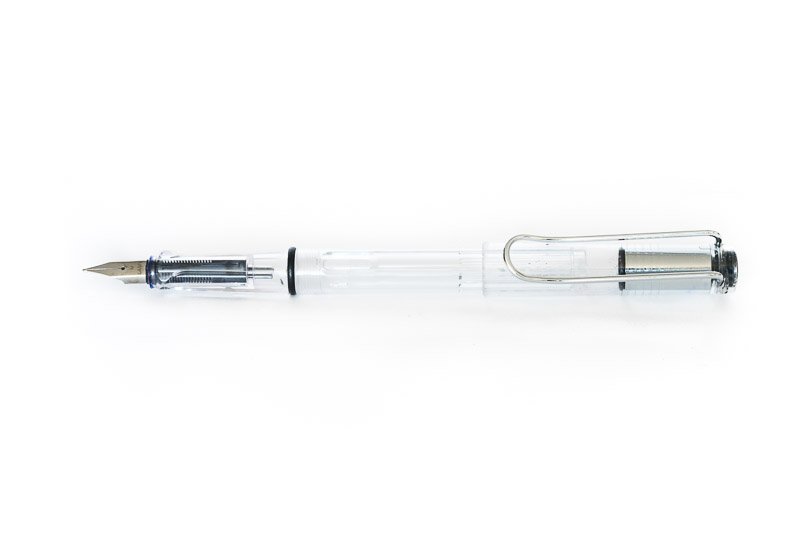 How Fountain Pens Differ From Other Pen Types

– Ballpoint pens: These pens don’t actually have liquid ink inside of them. Instead, they have a paste made of oil and ink. The tip of the pen has a ball (hence the name ballpoint) that rotates when it moves across paper. When the ball rotates into the pen, it picks up some of the ink-paste. As the ball rotates back onto the paper, it lays down a layer of ink-paste thus creating a line.

– Rollerball pens: Rollerballs are almost exactly like ballpoints, but they actually have liquid ink inside of them. They work on the same principal as a ballpoint pen.

– Gel pens: Gel pens are exactly the same as rollerballs, but the ink is slightly different. They still use a liquid ink, but they use pigments instead of dyes to color the ink. This gives them the possibility for more varied and vivid ink colors.

– Felt-tip pens: Felt pens do not contain any type of liquid ink. Instead, they have a mass of fibers (which used to be felt but now are synthetic materials) that form the writing point on one end and are soaked with dyes and solvents inside the pen body. When the pen is used to write, the dye/solvent mix is pulled through the tip and onto the surface, allowing the solvent  to evaporate and leave the dye behind.

What Is A Fountain Pen

So finally, after all that, you’re ready to know what a fountain pen is. As you already know, a fountain pen has an internal reservoir of liquid ink that is pulled out of the pen, through the nib and onto paper via capillary action. All of the other types of pens that you can find today might share certain features with a fountain pen, but fountain pens are unique in many ways. For one, fountain pens are sold empty. They need to be filled with liquid ink before they can be used. They also have a variety of metal nibs available, from an ordinary medium nib for an even line, to a flexible nib for a varied line, to an italic nib for a chiseled line. Furthermore, some fountain pens even have changeable or replaceable nibs! 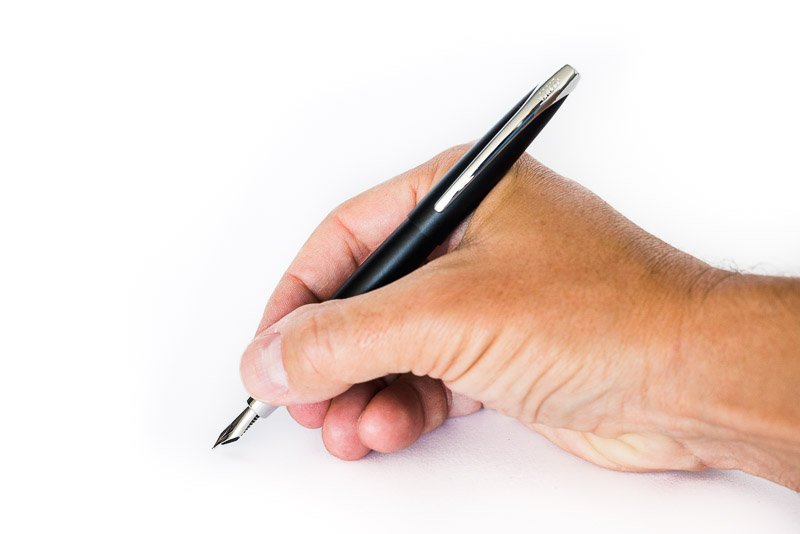 Writing with a fountain pen

So let’s come up with a solid, working definition for a fountain pen. A fountain pen is a nib-tipped writing instrument that has a refillable internal reservoir of liquid ink that flows out of the pen via capillary action. How’s that sound? Of course, that’s just a generic definition. Once you start using a fountain pen, the words you use to describe it don’t matter as much. You know it’s different from a ballpoint pen or a rollerball pen or a felt-tip pen, not only in how it looks but also how it writes. And that’s what makes fountain pens so special. You only have to write with a good one once to realize you don’t want to ever write with anything else again.

For more articles like this, be sure to check out the Fountain Pen Basics section of the site. To get updates on the latest blog posts, please consider subscribing to the Fountain Pen Love newsletter.