Here are just a few of the things I’m loving this week: 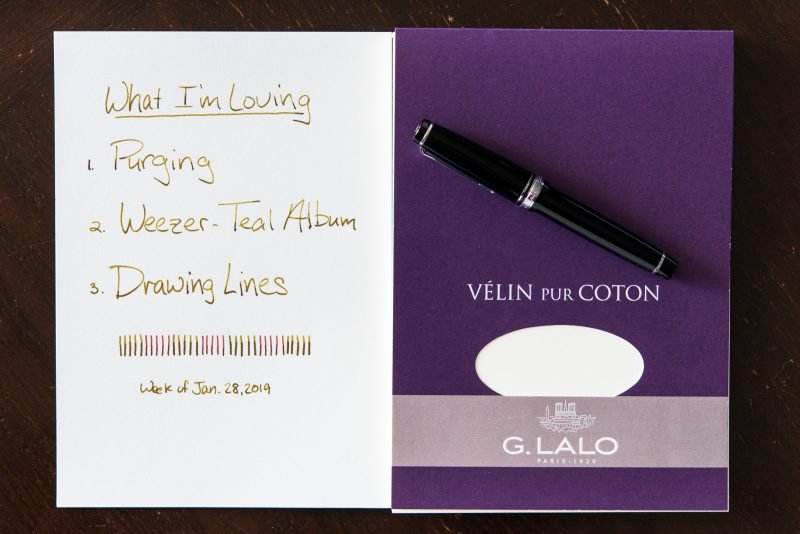 Just a few of the things I’m loving this week.

1. I’ve been purging quite a bit so far in 2019, but this week I decided to do a pen purge. I inked up the pens that I hadn’t used in a while to decide if I really needed to hang on to them. I was able to find quite a few that I’ll be bringing with me to the LA Pen Show to sell. I also found a few that I had forgotten how much I enjoyed using! I’d call that a win-win.

2. I’m a child of the 80’s, so when I saw that Weezer had a new album out that was pretty much entirely 80’s covers, I had to give it a listen. They do a solid job and are actually quite true to the originals! It’s pretty much been on repeat for the entire week. If you like 80’s music, go give The Teal Album a listen and let me know what you think.

3. I just published an article about ink shading, which had me drawing lots of lines to see how the ink shaded. I also did a few doodles using only lines (one is the first image in this post), which is surprisingly calming and fun. Now when I have a little down time, I’m drawing lines everywhere.