The Minimalism Art notebook is a faux-leather clad notebook with a feel that is more luxurious than its cost. It is filled with heavy paper, has a good number of options and comes in many different colors. Is this notebook all looks or is it great for use with fountain pens as well?

The first thing I noticed with the Minimalism Art notebook was how nice the cover material feels. It’s made out of PU leather, which is an artificial leather that feels very soft. Once I stopped caressing the cover, I opened up the notebook and noticed how thick the pages are. The paper that they’re made out of is not extremely smooth, but doesn’t feel like it will present any challenges for fountain pens. 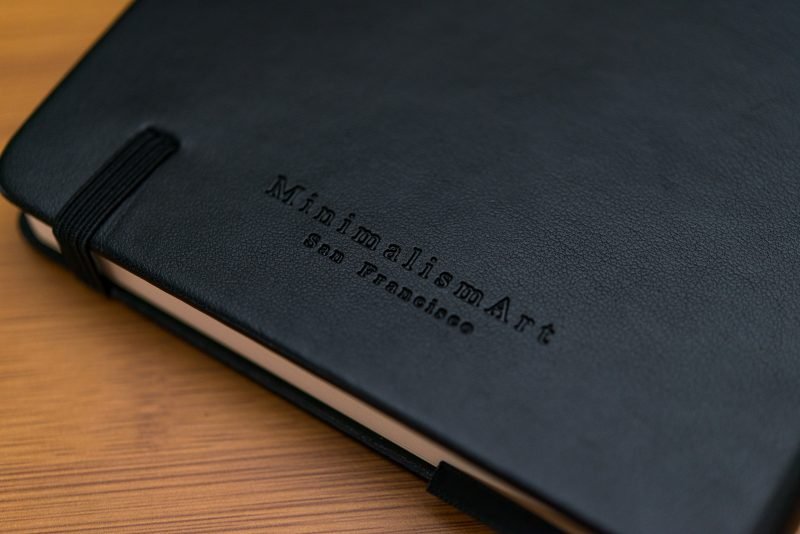 The PU leather is debossed with the name on the back cover.

Let’s take a closer look at the Minimalism Art notebook and see what makes it special. 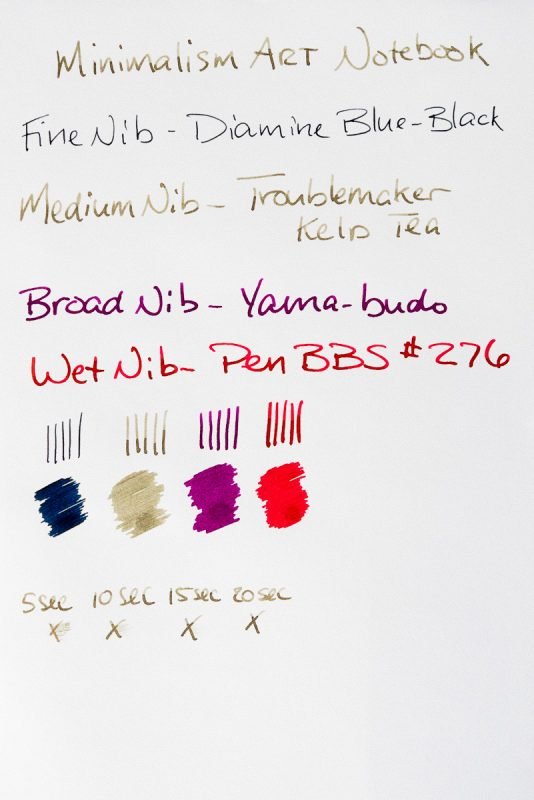 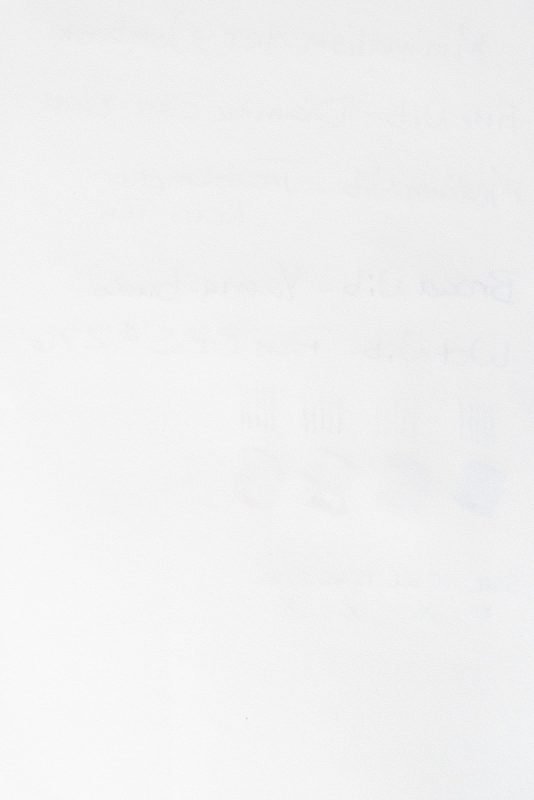 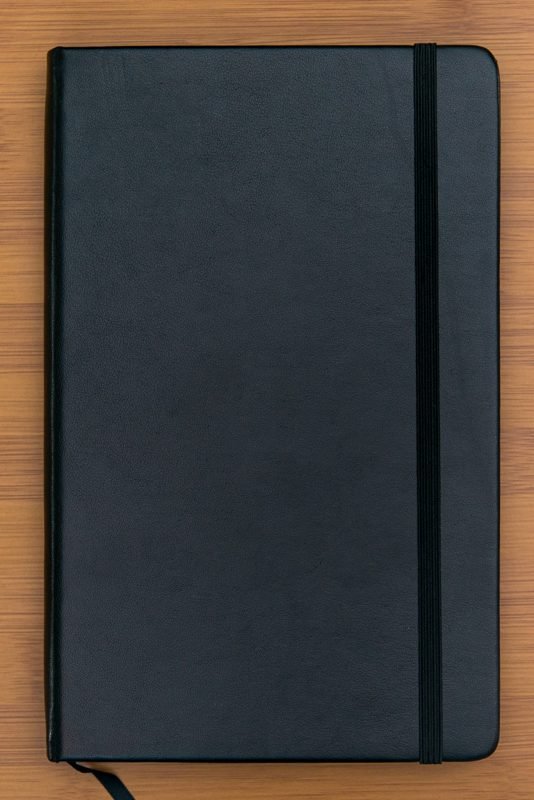 The elastic closure fits the notebook nice and tight. 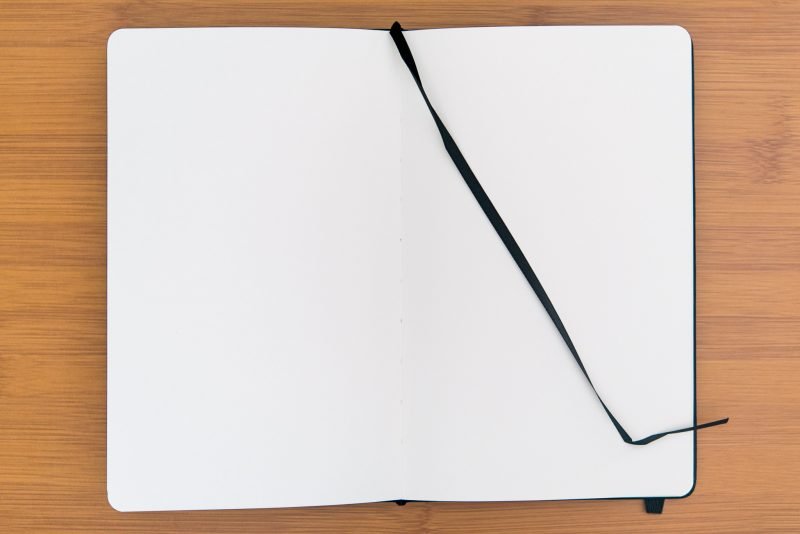 A page ribbon is always a nice feature to have. 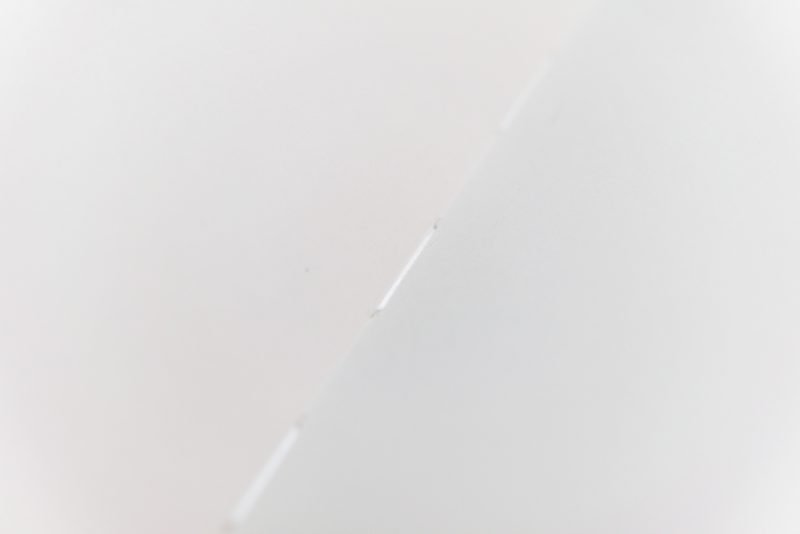 Here you can see the stitch binding inside the notebook. 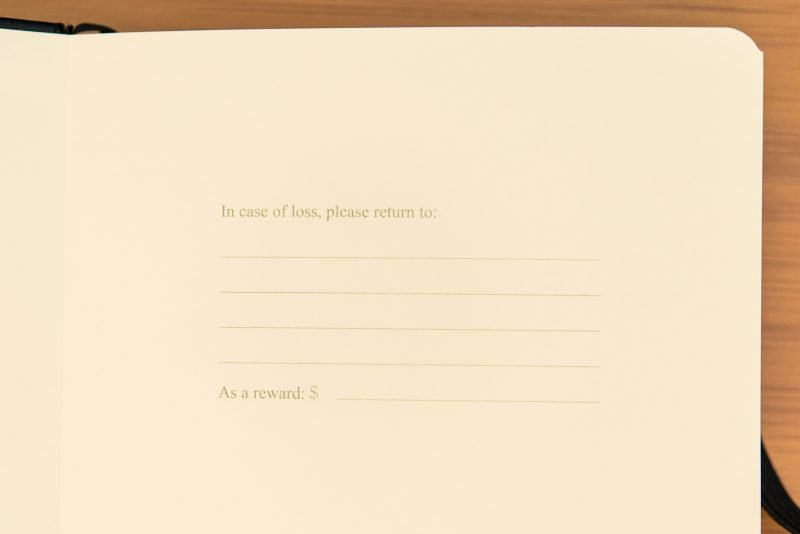 Inside the cover there is room for you to write your personal info.

Let’s start with the looks. I really like the design of this notebook. As I mentioned, it has a very high quality feel to it. This is partly due to the PU leather that is used and partly due to the overall construction. The notebook feels dense and sturdy and every time I pick it up I find myself touching some part of it just to feel it in my hands. While I got the black version, it does come in many different colors, so if color is your thing you should be able to find something that works for you.

I found the elastic closure band to be quite snug. In fact, it left a mark on the cover where it dug into the material. Not a huge deal, but don’t expect the cover to look perfect for very long. Once you open up the notebook, you’ll find that the stiff flyleafs are glued to a good quarter-inch of the first and last pages. Luckily, they are still easy to crease and use. The pocket in the rear of the notebook is very flexible yet sturdy, giving easy access to anything you might want to store in there. 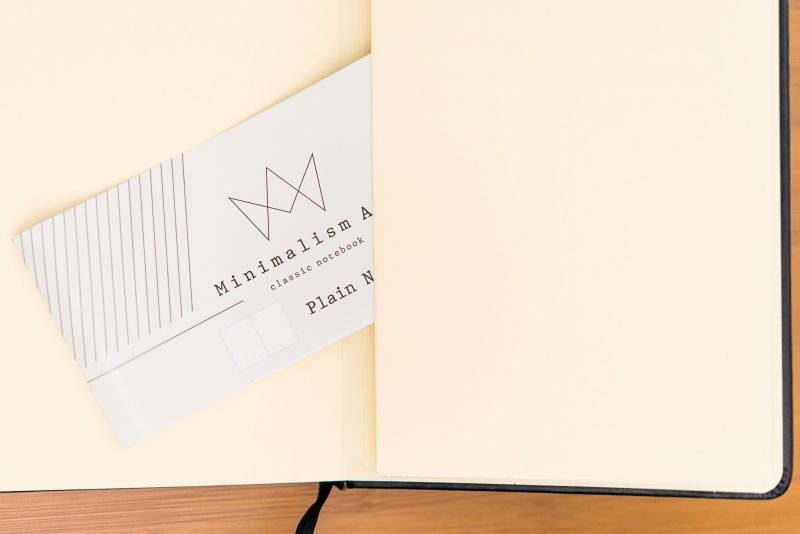 The rear pocket is one of the better I’ve seen in a notebook.

Now let’s talk about how the paper handles fountain pens. This thick 100 gsm paper handles fountain pens quite well! It is actually much smoother to write on than I thought it would be. It has nice shading and ink dries really fast on it. Unfortunately, that fast dry time means it doesn’t show much sheen. With most inks that I used, even those that normally show lots of sheen, I had to look really hard to see the little bit that was on this paper.

While ghosting was low, I did experience a bit of bleeding with various pens and inks. Most pens just barely started to cross the barrier between ghosting and bleeding, which for me isn’t a huge deal. As long bleeding or ghosting don’t completely interfere with writing on both sides of a page, I’m able to ignore it, but I understand that not everyone is. For some, any bleeding is bad bleeding. With some inks, particularly Platinum Carbon Black (not shown here), I experienced unacceptable amounts of bleeding. 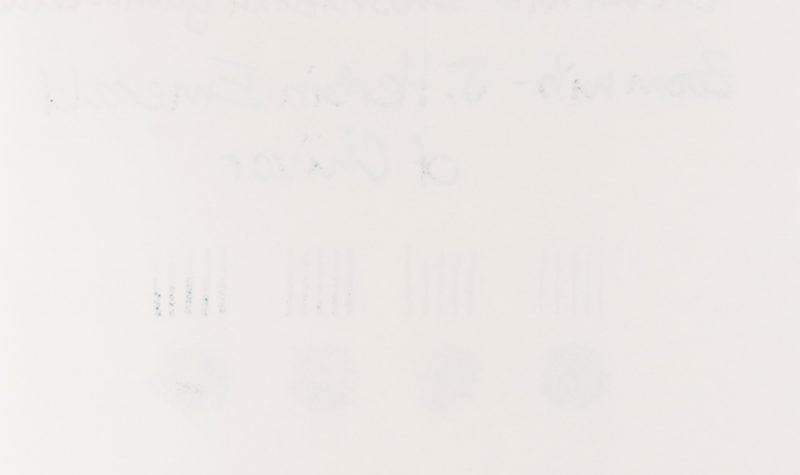 Writing sample detail rear – Here you can see slight bleeding through the page.

Another potential issue is that the paper tends to feather with most inks. Now, before you immediately write it off, let me show you how it looks. It’s more of what I would consider “micro feathering”. 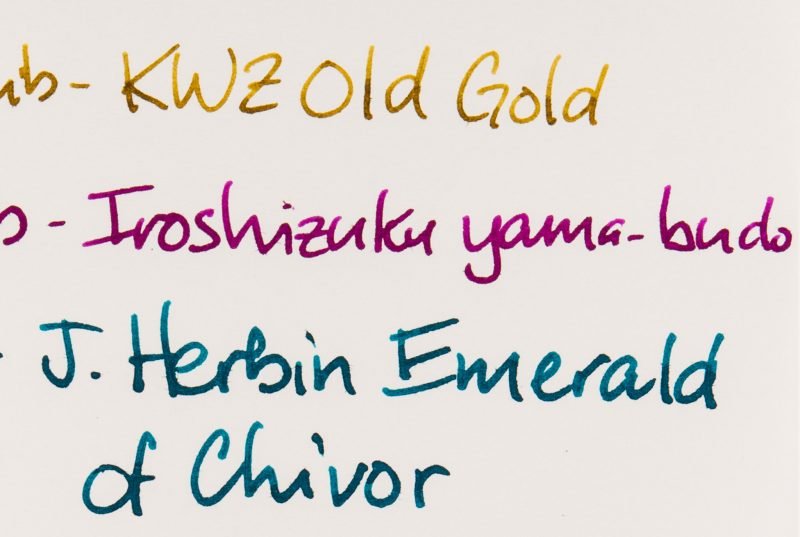 Writing sample detail front – The feathering is very small and not easy to see.

As you can see, most of my writing has tiny little feathers, but to be honest you it’s almost impossible to notice unless you get right down next to the paper. For me, this is not a deal breaker. While it did feather with most inks and pens that I used, I don’t actually notice it.

So is this just a notebook that feels nice on the outside but has paper that feathers and bleeds on the inside? In a sense, yes, but I don’t think things are that black and white. The bleeding that I observed was, in my opinion, not very intrusive except for with the Carbon Black. The feathering, while present with most pens and inks, was almost non-noticeable. Neither of these things is a deal breaker for me. Furthermore, the notebook is really nice. It is well made and has some nice features, especially for a notebook that costs significantly less than what you might expect it to cost. While the per-sheet price is similar to some notebooks with better paper, the cost is balanced by the high-quality feel.

I don’t think that this Minimalism Art notebook is meant for everyone. People who expect the best from their paper will want to look elsewhere. Similarly, people who like a lot of sheen will want to avoid this notebook. For everyone else, though, this notebook is worth considering. I can’t say enough about its quality feel, both the construction and the cover material. The paper is quite nice to write on and, in my opinion, the feathering and bleeding are not a big deal. While I do like seeing sheen in my inks, I think the paper in this notebook encourages me to actually use it for writing and not worry about “wasting” good paper. Not to say that it isn’t good paper, but it’s not as nice as some other similarly priced notebooks. 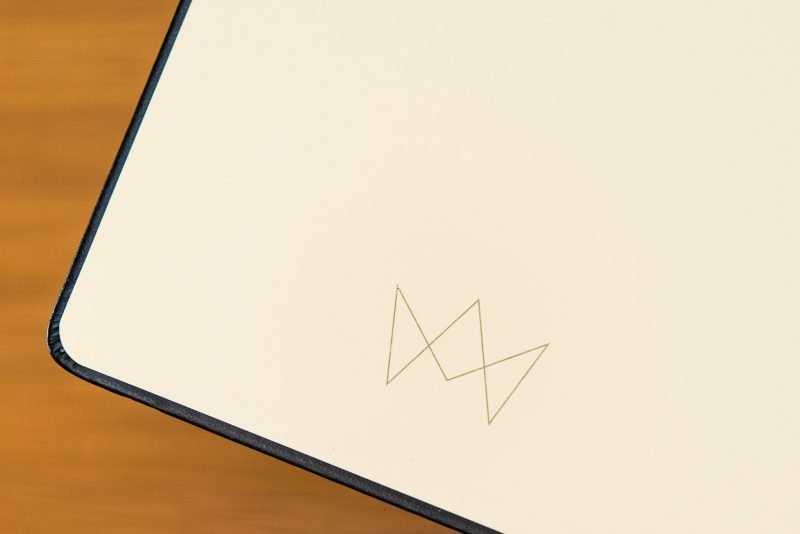 The inside cover has the Minimalism Art logo.

Pros: Luxurious feel, well made, thick paper, fast dry times
Cons: Some bleeding and feathering, very low sheen
Value Rating: Stars: 3.57, Cost per A5 sheet: $0.11
Who this notebook is for: People who want a luxury notebook without paying luxury prices
Upgrade to this notebook from: Fabriano EcoQua
Upgrade from this notebook to: Leuchtturm1917 Notebook