Have you ever been writing in a notebook and noticed that your ink doesn’t “stick” to the lines or dots that are printed on the page? If so, you’ve experienced something called ink resist. As the name implies, it is literally where part of the page resists the ink being applied to it. If the term sounds familiar, you may have heard it used in art terms where resists can be applied to work surfaces.

Today I want to take a look at a variety of papers that you can find in popular notebooks to see if any stand out as having more or less ink resist. I’m also going to test with a variety of inks, from low saturation to high sheen, to see if that has any impact on ink resist. While ink resist isn’t a huge problem, I’m hoping it will still be interesting to test a bunch of papers and see what happens. 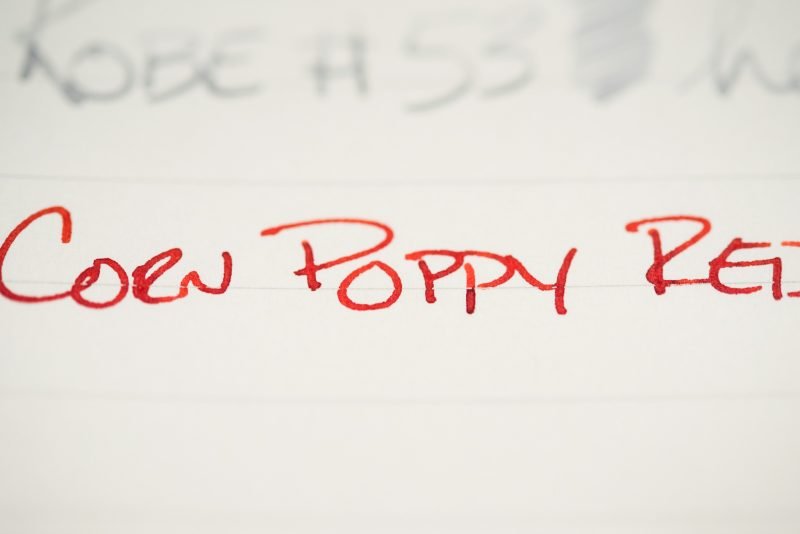 Here is an example of ink not sticking to the line on a piece of paper.

The Papers and Inks

All of the papers in this test come from notebooks that are available from local and online pen shops. While most notebooks have their own specific paper type (for example, you won’t find Midori paper in any other notebook than a Midori notebook), some papers are used in a variety of notebooks. The main paper I’m thinking of is Tomoe River, but Cosmo Air Light is also starting to appear in more and more notebooks. The reason this is important is that different notebook manufacturers may use different printing techniques, even if the paper is the same, thus giving different notebooks a different amount of ink resist.

Here is a list of the papers that I’m going to test, along with a link to my review of each one:

I also mentioned that I’ll be using a variety of inks to see if the ink makes any difference. Here’s a list of inks used:

Personally, I have encountered ink resist on what seems like a random basis when I’m writing. I knew that for this article random wouldn’t work, so I needed to come up with a reliable and consistent system for testing. After playing around with different ways to put ink on paper with pens, I noticed that if I ended on a line or dot when I was writing, the ink stayed put, but if I ran the pen across a line or dot, that’s when the resist happened.

I decided that, instead of using pens for this test, I’d use cotton swabs. This would give me a nice swath of ink across multiple line or dots, providing a look at more than just one data point. It would also make it easier to test a large number of inks (or at least I wouldn’t have to clean up a bunch of pens). 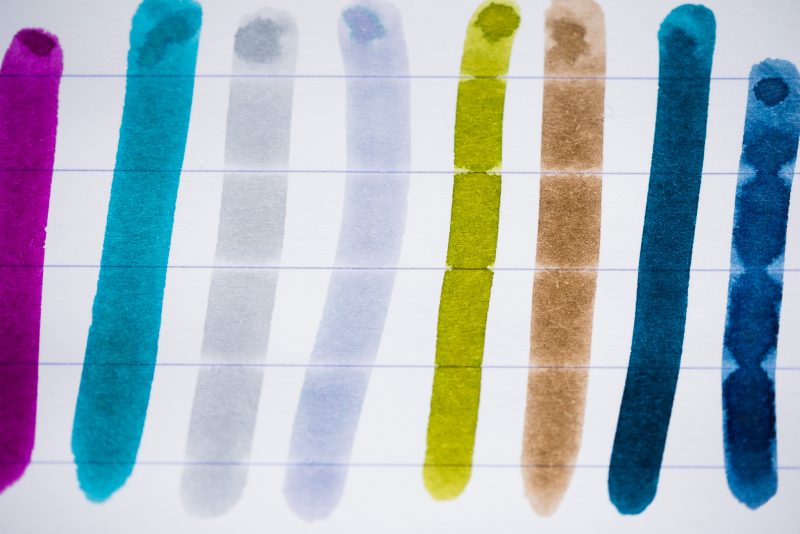 Here’s a closeup of some significant ink resist with the ink swab test.

As a control, I also inked up a few pens with some of the inks that showed the most ink resist so that I could try actually using a pen instead of just a cotton swab. Since I’m guessing most of us write with fountain pens and not cotton swabs, some real-world info would be nice to have in addition to the swab tests. 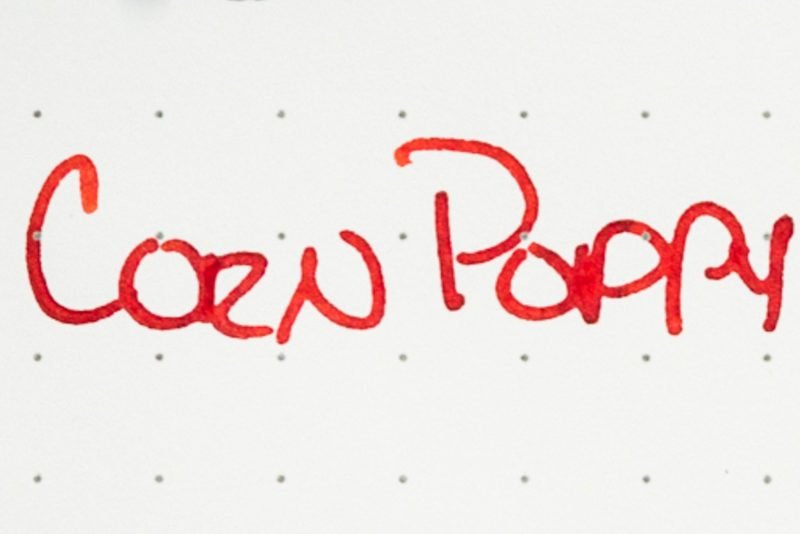 You can see where the ink didn’t stick to the dots on the page.

I’m going to start out with some data and then go into some observations:

Paper – Number of instances of ink resist (out of 11 inks)

The first thing that you’ll notice from the above numbers and the images below is that Montblanc Corn Poppy Red does not like sticking to lines. In 13 out of 18 tests, it displayed ink resist. I was definitely expecting to see particular papers stand out, but did not expect to see particular inks stand out. This is already interesting!

The next thing that I noticed is that it doesn’t seem to matter whether the ink is dye-based, pigmented or iron gall… all seem to show ink resist on various papers. The same goes for saturation… both heavily saturated inks and desaturated inks show low ink resist on many different paper samples.

While the swabs look very extreme in most samples, the actual writing samples are not nearly as severe. The Corn Poppy Red shows lots of resist in every swab, and while it also shows it in the writing samples, it’s not nearly as bad as you might expect. In many cases you wouldn’t even notice it if you weren’t looking for it. The Kobe #53 also shows a lot of resist in the swabs, but in most writing samples I don’t see any resist. Areas where the ink is shaded and has pooled and is darker show no resist.

While the two Tomoe River samples are different paper weights (the Pebble Stationery is 52gsm and the Endless Recorder is 68gsm), what really matters is the dots, and one shows more ink resist than the other. The Endless Recorder showed ink resist on 5 ink samples while the Pebble Stationery only showed ink resist on 1 ink sample. I had assumed that ink resist would be more dependent on the line/dot printing than the paper itself and it looks like this is the case.

The sheening capabilities of the paper doesn’t seem to have any affect on how much ink resist it has. Life Noble shows loads of sheen, but also has a lot of resist, while Logical Prime shows similar amounts of sheen and showed no ink resist. There are many similar examples, such as Graphilo/Tomoe River and Black n Red/Clairefontaine Basic. 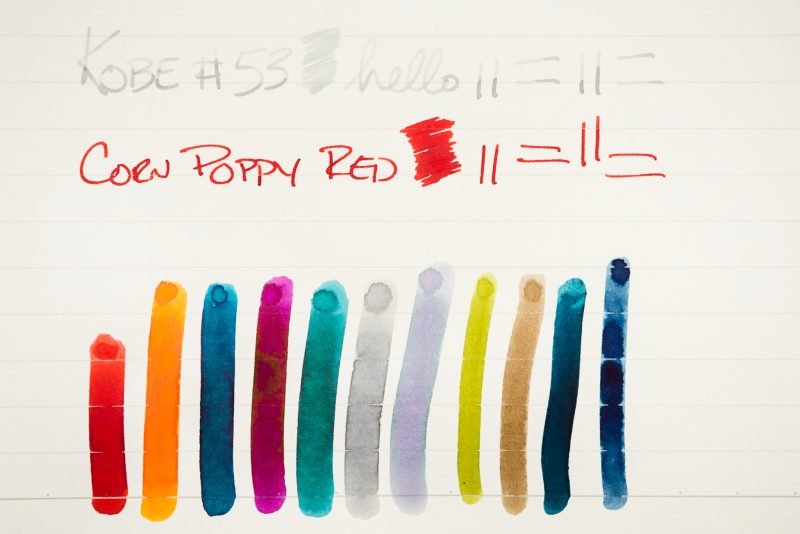 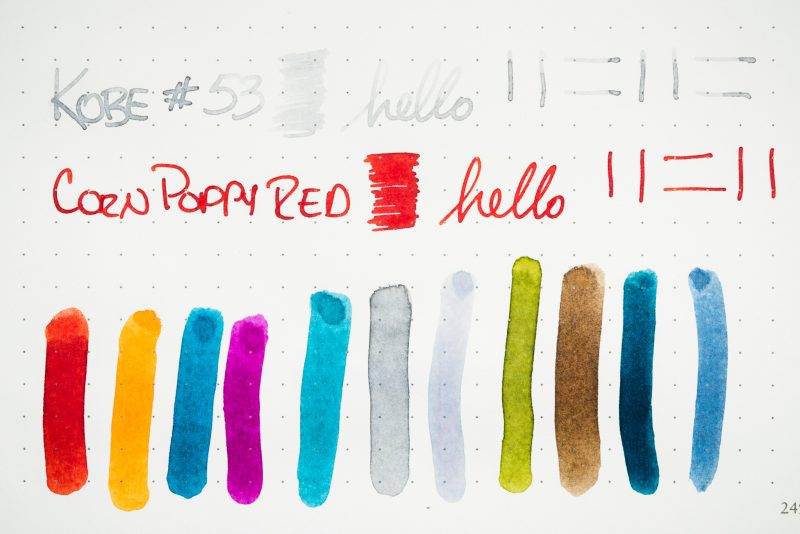 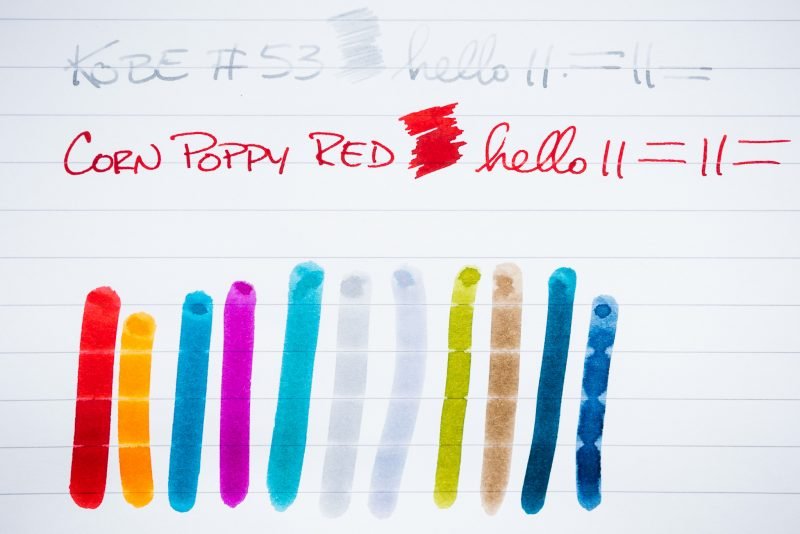 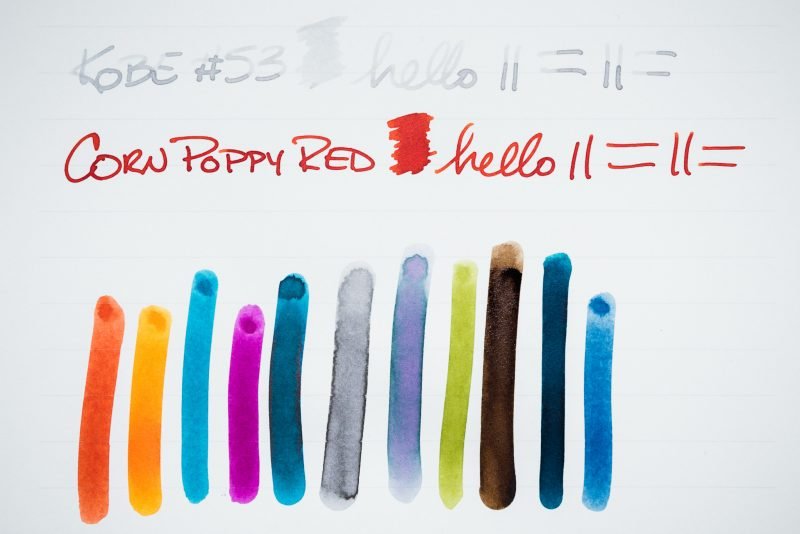 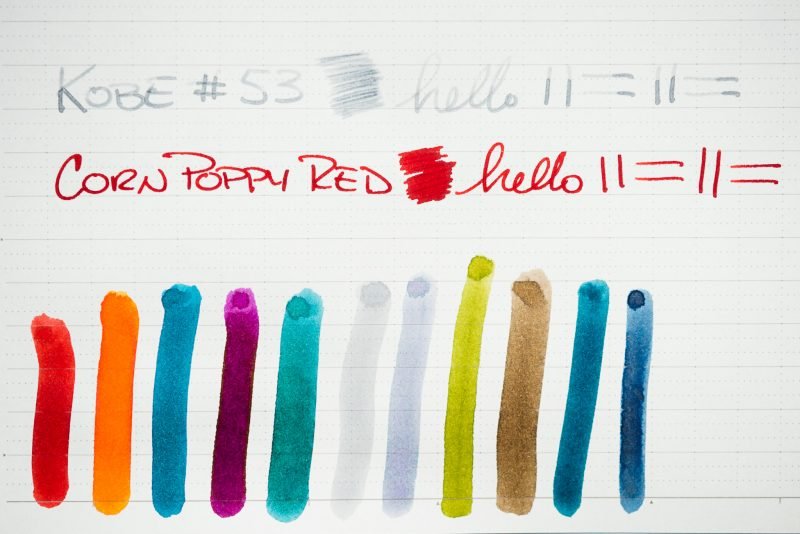 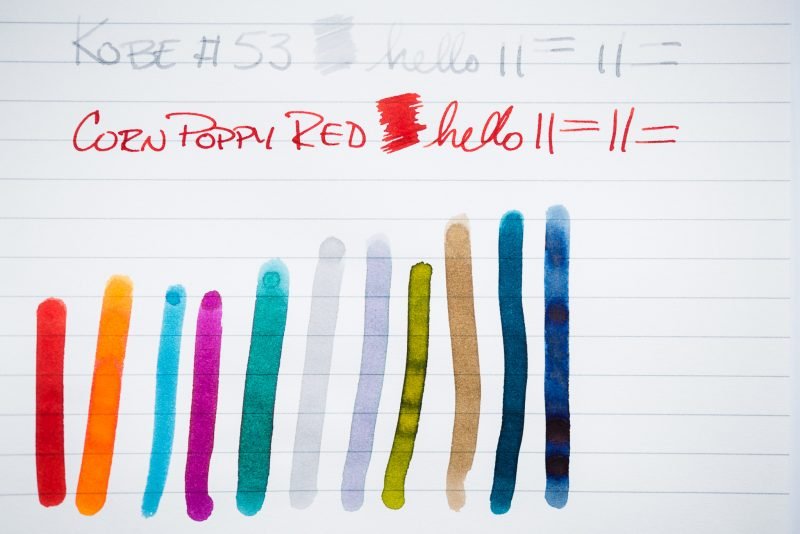 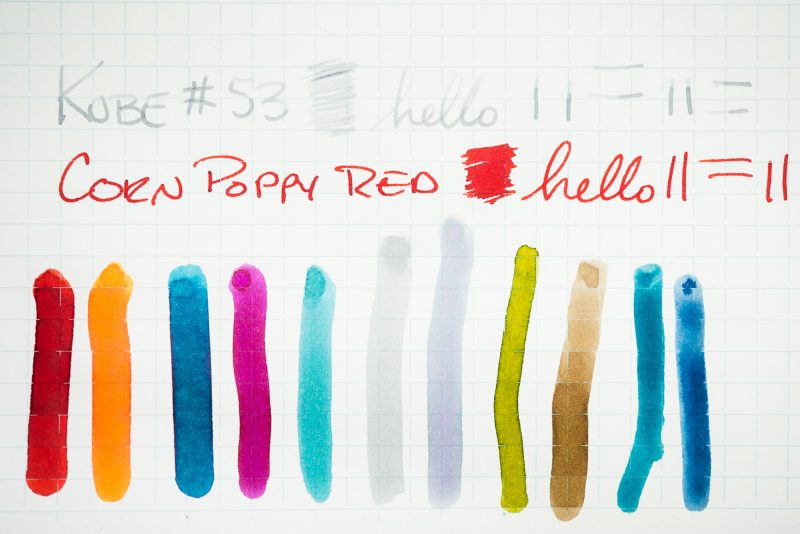 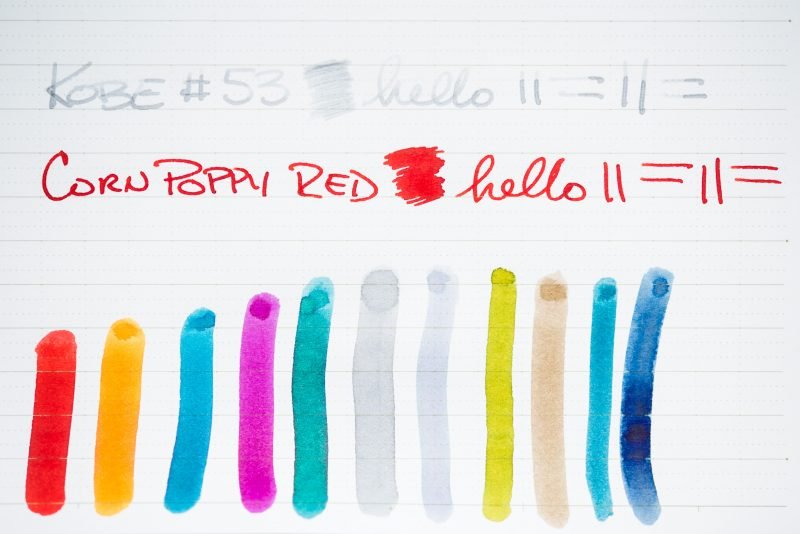 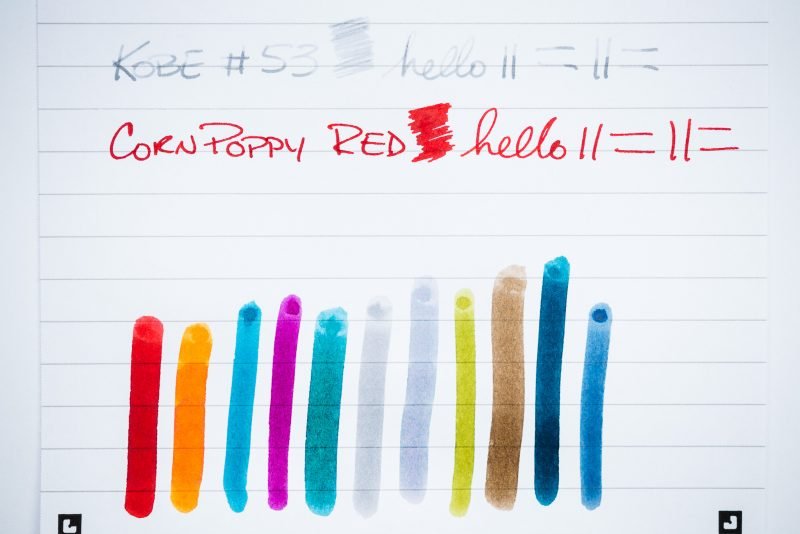 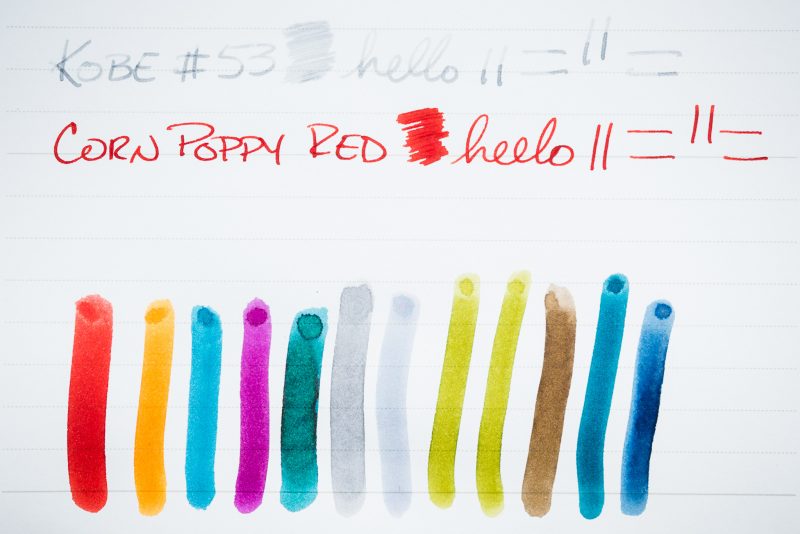 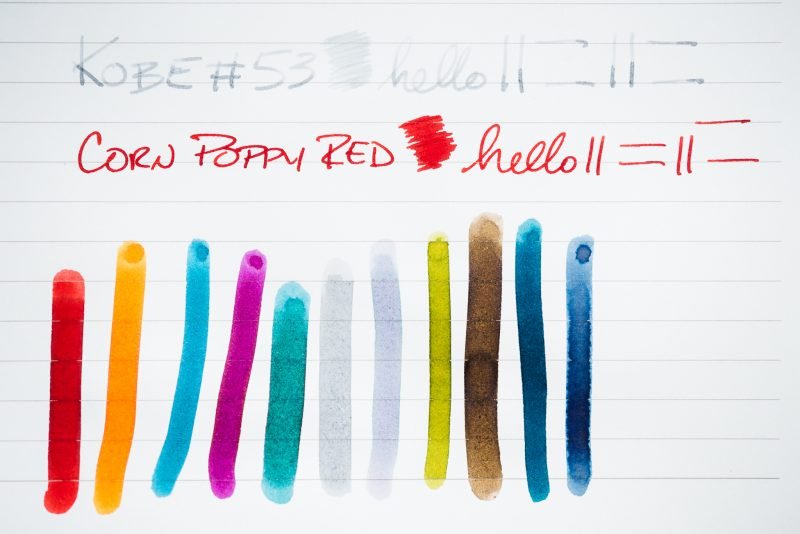 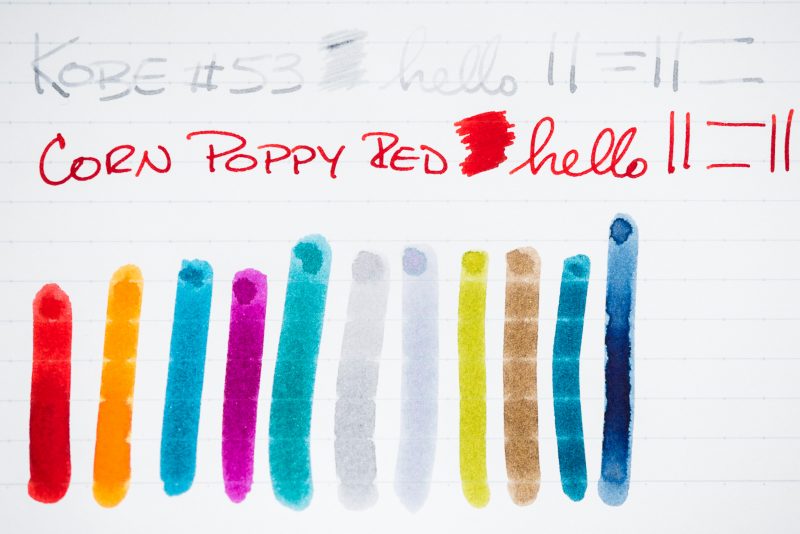 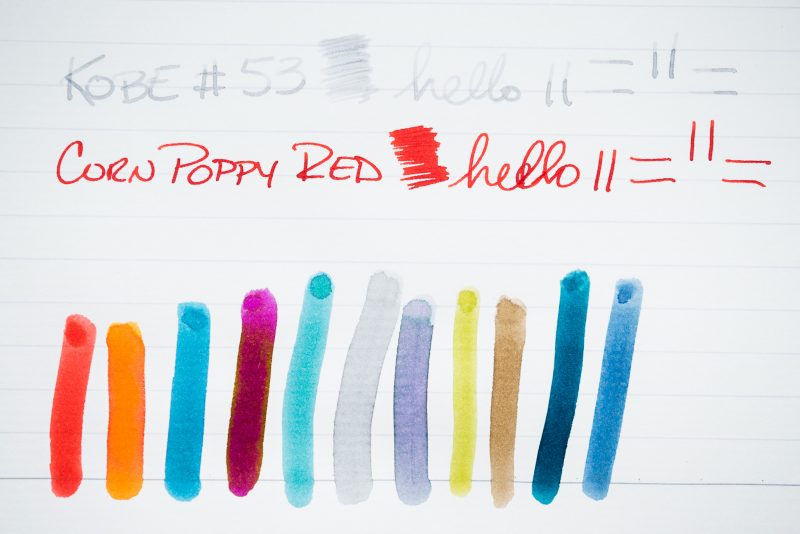 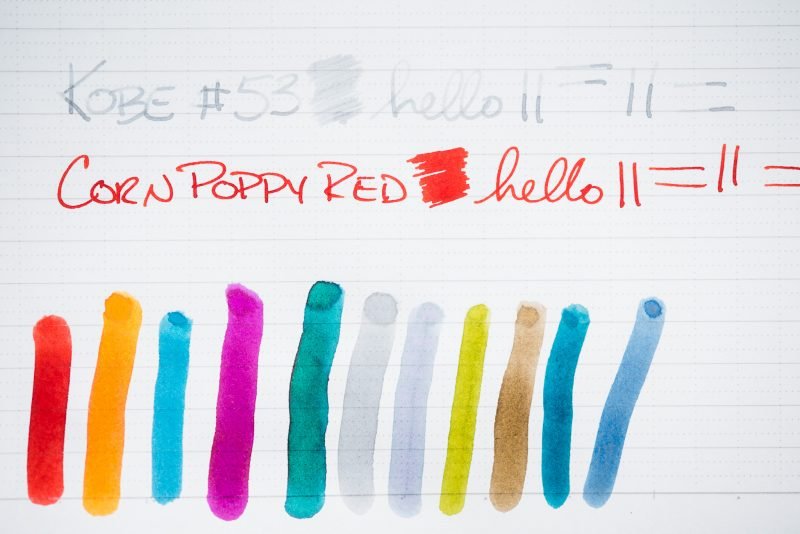 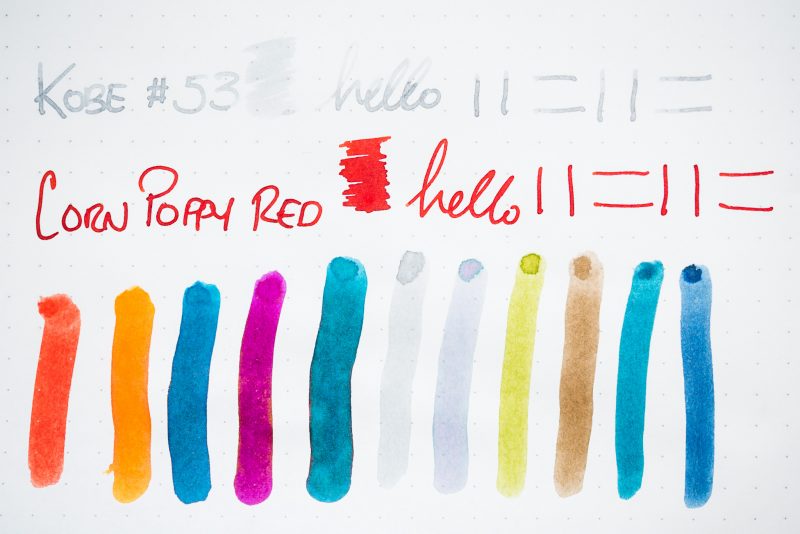 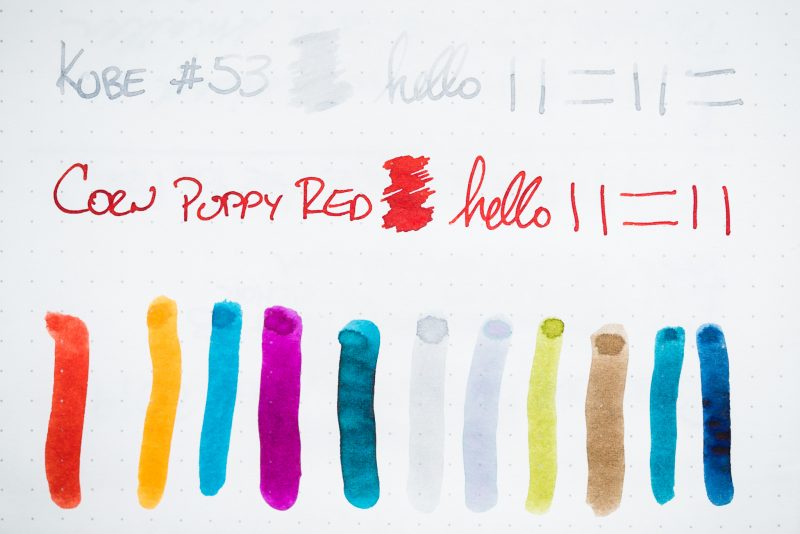 Ink resist is a thing. It is something that depends on both the paper and the ink used to write on the paper. I suspect that the pen you use will also affect it, with a finer or drier nib being more prone than a wetter or broader nib, although that is not something I tested. What’s interesting is that there is no apparent rhyme or reason as to which inks will show resist, be it dye-based, pigment or iron gall. Along those same lines, it also appears that the properties of the paper don’t affect whether or not it shows ink resist.

So how do you deal with ink resist? If you have a notebook that you use and find that you encounter a lot of ink resist, you should be able to find a few of your inks that work well with it. If your favorite inks don’t work with that particular notebook, you may need to pick up a different notebook from another manufacturer. The next, and arguably more important question is, does it even bother you? Most of the time ink resist isn’t very obvious. Even though I seem to encounter it fairly often, it isn’t something that I really worry about. In fact, I am somewhat fascinated by it. Still, not everyone will find it fascinating and some people will want to avoid it. If that’s the case, knowing that both the ink and the paper will affect it is very important to a future of writing without ink resist.