Whenever I would read lists of paper and notebooks that people recommend, Graphilo notebooks always seemed to show up. Unfortunately, I was never able to find one when I was out shopping for paper. Although they are available on Amazon, I didn’t want to spend that kind of money just to try out a notebook. Fortunately, when I was at the San Francisco Pen Show last year I finally got my hands on a Graphilo notebook at the Anderson Pens table. They say that good things come to those who wait, and that’s exactly how I feel about this notebook. 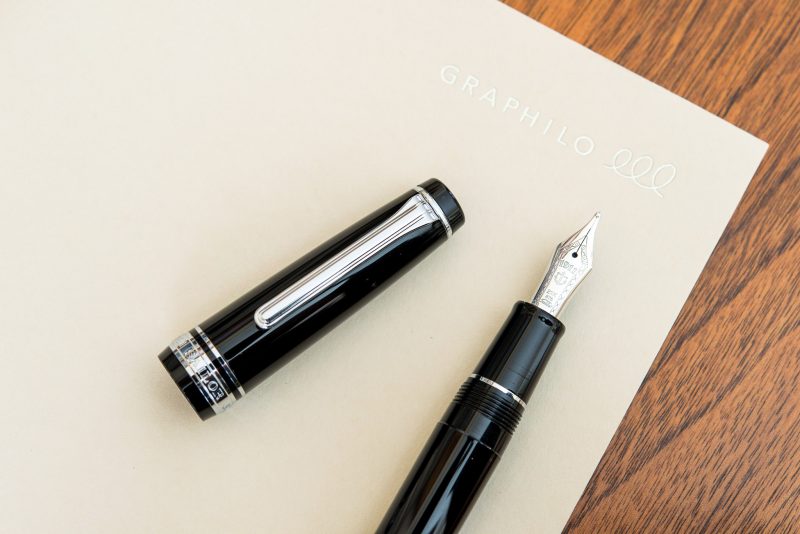 When paired with your favorite pen, the Graphilo notebook is wonderful to write in.

Graphilo notebooks are simple yet classy. I purchased the blank notebook, which has a cream colored cover with a debossed silver logo in the upper-right hand corner. The paper is a light cream color that looks like it has a bit of texture. It doesn’t have the super-smooth texture of most Japanese paper. It actually feels more like Midori MD paper. There aren’t any bells or whistles with this notebook, so it’s pretty plain. 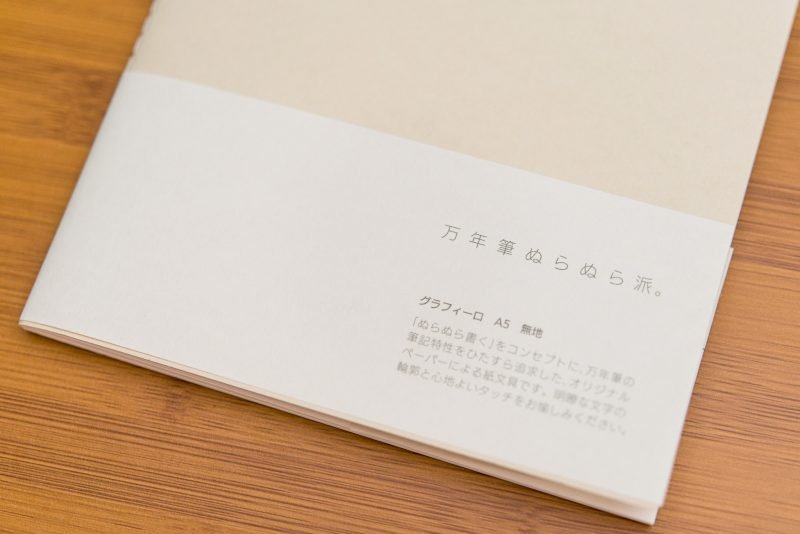 The notebook comes with this informational paper wrap.

Let’s take a closer look at the details for the Graphilo notebook. 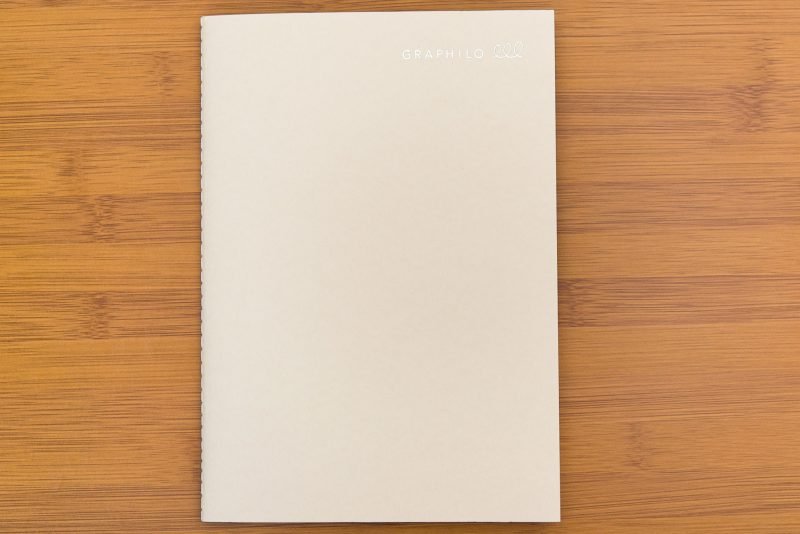 The cover is simple yet classy.

I mentioned that this notebook is very simple, so I don’t have much to say about the extras that are included. To be honest, there aren’t any extras. This is a notebook that is useful as a notebook. The stitch binding should be very sturdy, and while it allows the notebook to be opened flat, it doesn’t stay opened without some encouragement. I think this is because it is essentially one signature and the paper is fairly thick, so it wants to close back up once you open it. 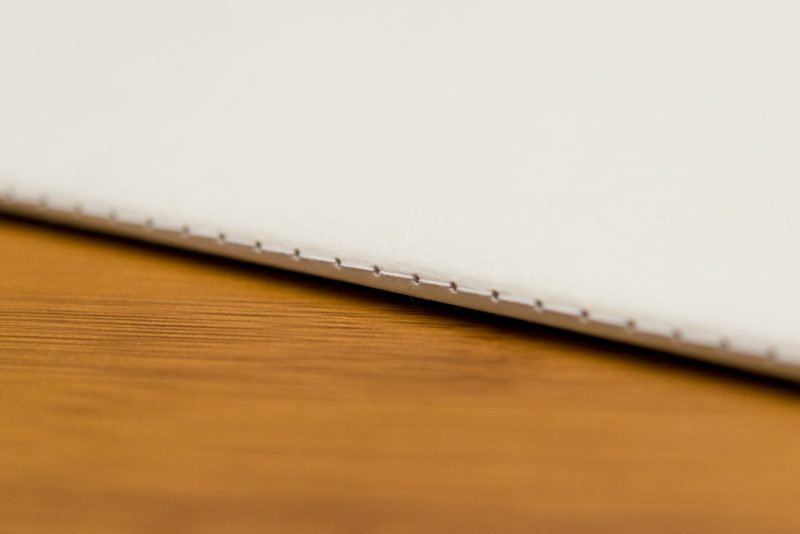 The stitch binding should hold up well over time.

This isn’t a notebook that you buy for the extras. This is a notebook that you buy for the paper. Once I started using it, I understood what all of the fuss was about. This paper is absolutely amazing! The color is a light cream color that some people might consider to be white. It has a bit of texture to it and isn’t super-smooth like most Japanese paper. Writing on it is not a luxuriously smooth experience like the Itoya Romeo paper, but it is still a very nice experience. I usually prefer a bit of feedback when I write, so I love it.

What really makes this paper stand out is how well it handles ink. It has very low feathering, no observed bleeding, and a medium amount of ghosting (I would be fine using both sides of a page), all of which make this a very fountain pen friendly paper. What really makes this paper stand out is how it handles the “fun” properties of ink. It shows incredible sheen. In fact, I observed as much sheen as Tomoe River! Not only that, but it also has some of the best shading I’ve seen in a notebook. The one area that could be better is the dry time, which is very long (again, comparable to Tomoe River). 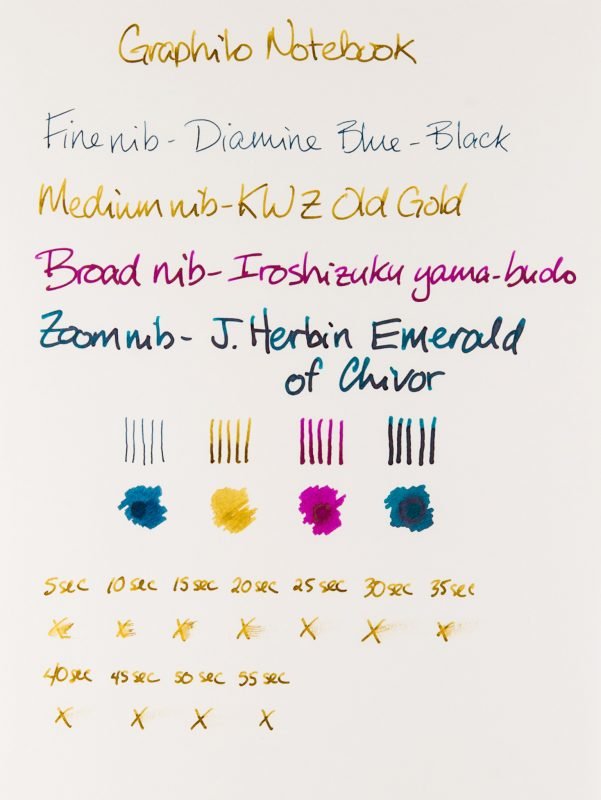 Front writing sample: You can see the amazing shading that this paper has. 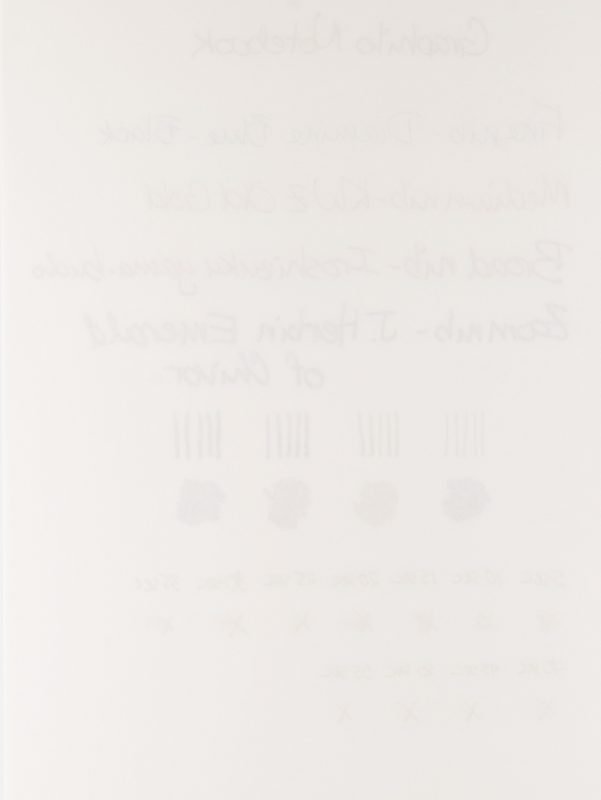 Rear writing sample: There is no bleeding and a medium amount of ghosting.

To recap, the Graphilo notebook is a no-frills notebook that doesn’t have many extras but is attractive and well-made. It would feel right at home in an executive boardroom or on a lawyers desk, but would also be at home in the desk drawer of any fountain pen user out there. What really makes it stand out is the paper. The paper in this notebook is some of the best I’ve ever used. It has the high sheen (and long dry times) of Tomoe River, texture similar to Midori MD, ink handling capabilities similar to both and shading that is superior to either one.

The one downside to these notebooks is the cost. Here in the United States, they are available through a few different online shops (I found them at Vanness and Anderson Pens), but the cost per sheet is around $0.40… twice as much as any other paper I’ve used. This might be too expensive for many people to justify, especially when you can get quality notebooks with over twice as many pages for half of the cost (like the Clairefontaine Basic notebook). But sometimes you want to splurge and buy yourself something special. If you’re a fan of amazing paper and want to treat yourself, I would highly recommend a Graphilo notebook. 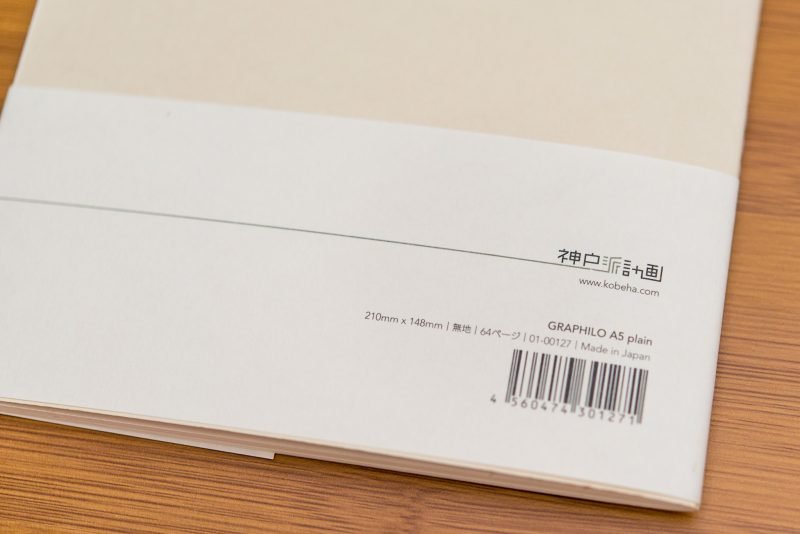 Here are some of the notebook details.

If you want to learn a bit more about Graphilo notebooks, you can take a look at the Japanese product page.

Interested in trying this paper before buying a notebook? Head over to my shop and pick up a paper sample pack.