If you’re connected to the online fountain pen community in any way, you’ve probably heard rumblings about Tomoe River paper lately. If you haven’t heard yet, it seems that Tomoegawa, the company who manufacturers Tomoe River, has plans to shut down the machine that currently makes Tomoe River later this year. A replacement machine for manufacturing has not yet been announced. Even if production does move to another machine (which is currently doubted by many), it is unlikely the paper will remain unchanged. Some rumors even claim that retailers in the United States will not be receiving any new shipments, meaning what is currently in shops right now is it… possibly forever!

As you can probably guess, this has led to a recent rush on Tomoe River paper and notebooks. Many people love this paper and want to make sure that they have a long-term supply in the event that the paper changes or even becomes impossible to find. Eventually though, people will have to find alternative papers if Tomoe River is no longer available. That’s what I want to talk about in this article. What are some good Tomoe River paper alternatives and replacements?

What Makes Tomoe River So Desirable?

If you haven’t already figured it out, Tomoe River is a very popular paper. What are the qualities that make it so desirable? One of the main reasons is that it is widely available in many different notebooks from different manufacturers. It could be argued that so many notebook manufacturers use it because it is so popular, but I think the opposite also holds true and that it is popular because so many people know about it and trust it. It is not a closed-system paper, like how Midori notebooks are the only ones that use Midori paper or Rhodia notebooks and notepads are the only ones that use Rhodia paper. It’s more “open source”, meaning anyone who knew how and had the means could buy enough Tomoe River paper to make their own notebooks. And the consumers buying those notebooks could trust that the paper would live up to their expectations based on previous Tomoe River experiences. 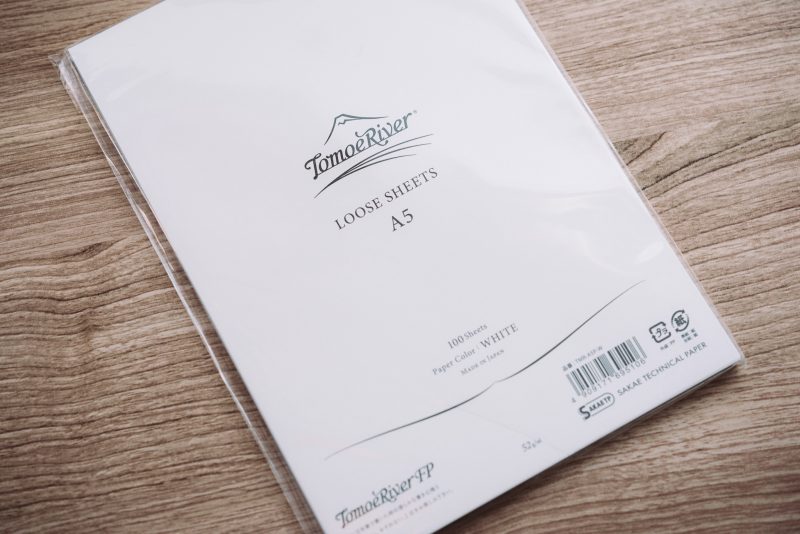 Tomoe River is available in loose leaf as well as notebooks.

Other features that make Tomoe River so popular are its sheening capabilities and the weight of the paper. It is basically the go-to paper for testing sheen in fountain pen ink. Few papers can match the amount of sheen you’ll get from Tomoe River. It is also a light-weight paper, coming in 52gsm and 68gsm versions. Both of these lead to thinner and lighter notebooks than you’d get with other papers. Many people also like the tactile feel of the thinner 52gsm paper.

Another less-prevalent reason for the popularity of Tomoe River paper is how well it stands up to large amounts of ink and even water. I know many people, myself included, like to use Tomoe River for playing with ink and water. The fact that you can pool liquids on its surface and not have them soak through and ruin the pages underneath make it ideal for wet projects that other notebooks couldn’t dream of handling.

What Are Some Alternative Papers?

So now that you have an idea of what makes Tomoe River so popular, let’s look for some other papers that have the same qualities. I can already tell you that there is no one single paper that will check all of the Tomoe River boxes, so I’m going to say that there is currently no replacement for it. There are alternatives, though.

One paper that has become quite popular in the last year or so is Cosmo Air Light. It shows great amounts of sheen, has even better shading than Tomoe River and is what I consider to be a high-contrast paper, meaning that it really makes inks pop. Still, not everyone is a fan of the writing experience. The best comparison I can come up with is that it is similar to writing on a dry-erase board. It also can’t handle water like Tomoe River. It is also a heavier paper, with the lightest version coming in at 75gsm. Still, it is popular enough that many notebook manufacturers have started offing it as an option. Similar to Tomoe River, it is also available loose leaf from most online shops if that’s more your style. 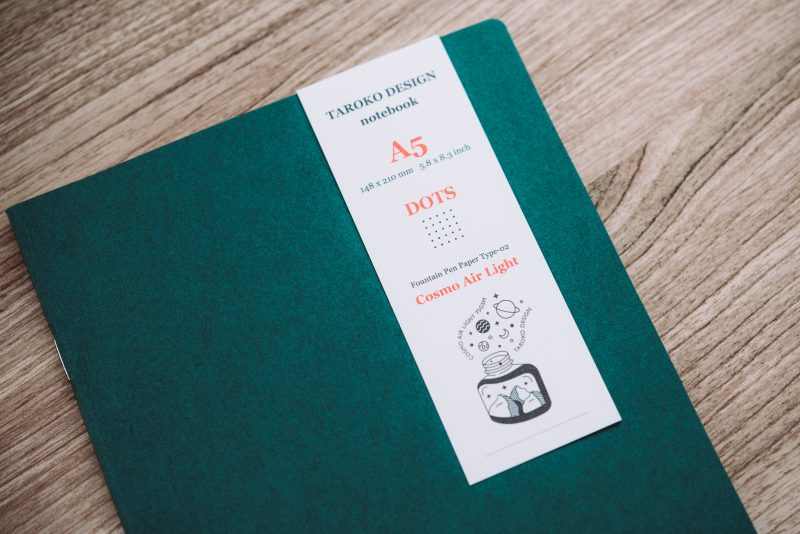 If sheen is your thing, Tomoe River is going to be hard to replace. Fortunately, I have a great option for you! Unfortunately, it’s not as easy to find and is significantly more experience. What paper am I talking about? Graphilo. As far as writing experience and ink-handling capabilities, I believe it is superior to Tomoe River. In my recent paper tests, it scores as high or higher than Tomoe River in every category. Unfortunately, it costs around 4-5x more than Tomoe River, only comes in 32-page notebooks and is often sold out. Still, if pure paper performance is your main concern, you can’t go wrong with Graphilo. 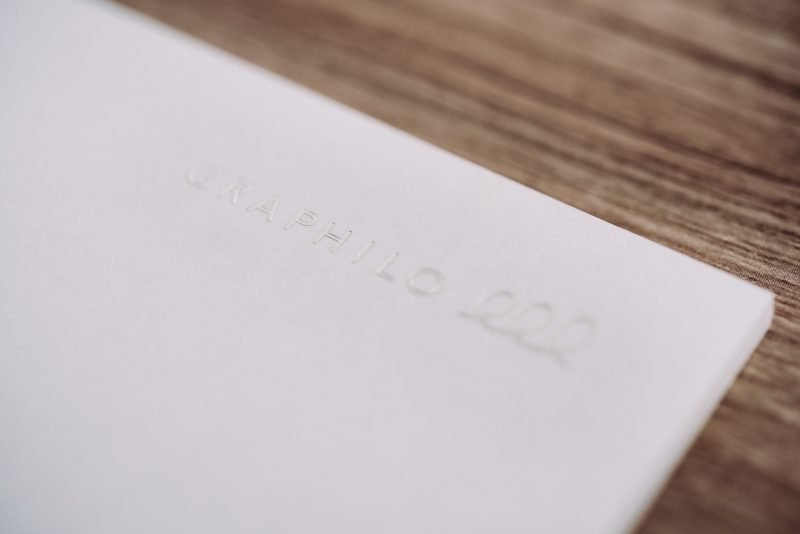 Graphilo is one of the top papers on the market.

Finding a lightweight but fountain pen friendly paper may prove to be a bit more of a challenge. The best recommendation I have for you is Profolio Oasis Light. Weighing in at 70gsm, it is still heavier than the 68gsm Tomoe River, but just barely. Thankfully, it matches the 68gsm Tomoe River paper in every test, even surpassing it in dry time. Unfortunately, it is only available in 30-sheet, B5-sized notebooks with Profolio’s unique custom line/grid pattern. Fortunately, they are very inexpensive and available at many online and brick-and-mortar pen shops. 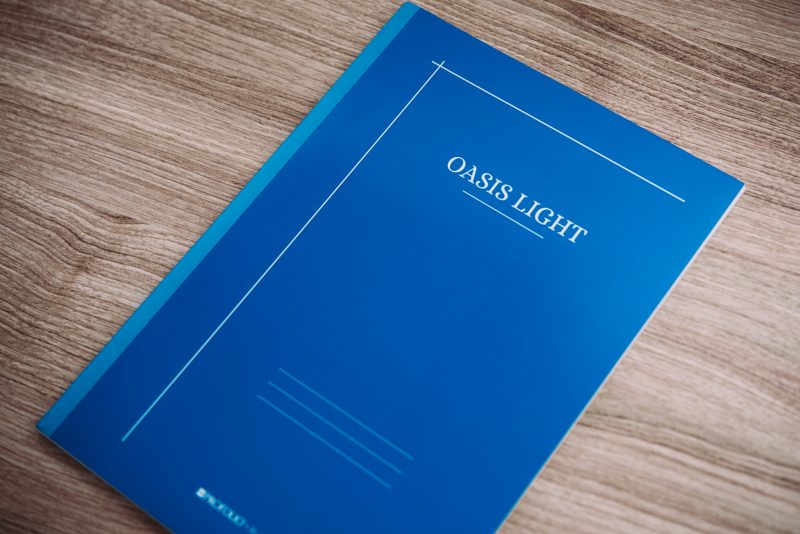 This may be the trickiest feature of all to replace. In my experience, Tomoe River is one of the few writing papers I’ve tried that handles water as well as it handles ink. Of course, you could always use watercolor or multimedia paper, which is meant to handle water (and actually is quite nice to write on), but there aren’t really any notebooks made with watercolor paper. Still, I don’t want to leave you wanting in this area, so I pulled out some water and pens and started playing with different papers. I was surprised to find multiple papers that handled ink and water fairly well. Midori MD, Life Noble and G. Lalo Verge de France all stood up to pooling water and ink without allowing it to soak through to the other side. Others had decent performance as well, but these are three of the easier to find papers that you may already have in your possession. 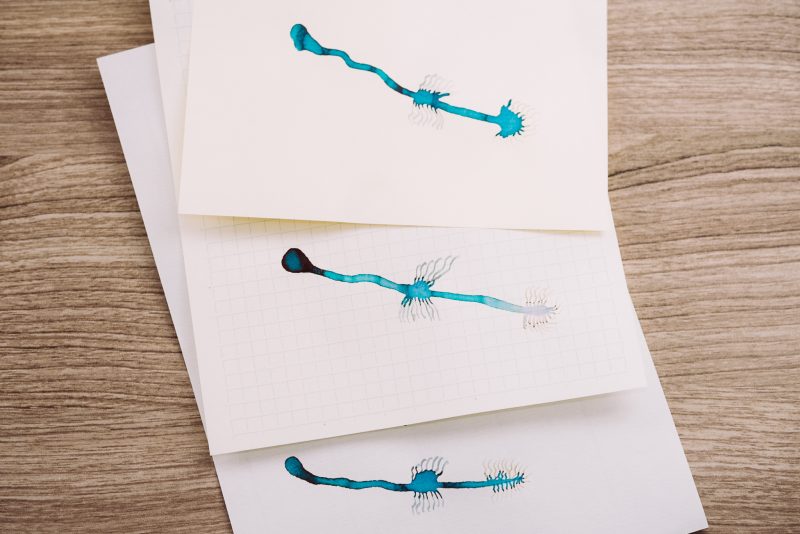 You can probably tell by now that no paper on the market today is a replacement for Tomoe River paper. It somehow has an almost magical mix of availability, performance and weight. I didn’t even really mention cost, but when purchased loose leaf, Tomoe River has a very low cost per sheet. Even many Tomoe River notebooks have a very low cost per sheet compared to similar notebooks with other paper in them. So what are you to do if it is your favorite paper and you can’t find it any more? Take this opportunity to figure out what you like about it and explore new papers! There are some amazing papers out there that many people aren’t aware of. While it may take a few tries to find a different paper that really speaks to you, I am sure that you’ll be able to find something that you love (almost) as much as Tomoe River paper. 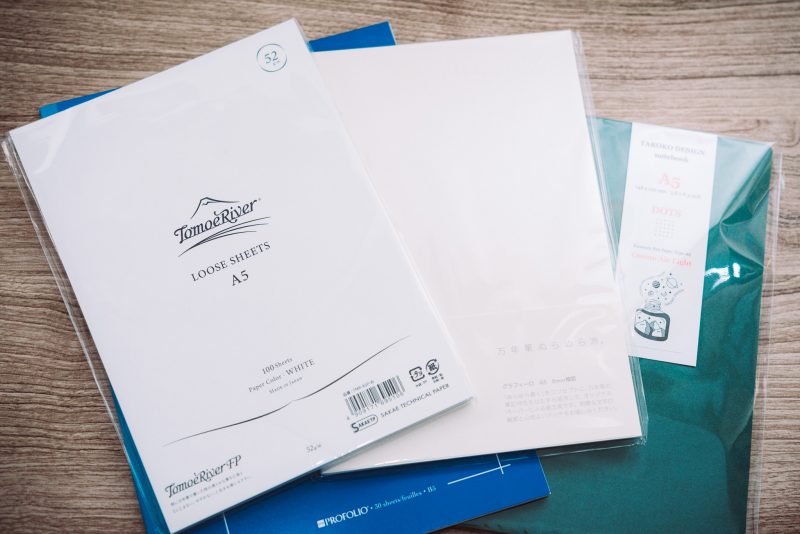 There are plenty of paper options on the market besides Tomoe River.

If you want to try a variety of different papers before buying a bunch of notebooks, I have paper sample packs available in my shop. Head on over and see if there’s something there that you want to try! If you want to find papers with specific qualities or features, you can use my Paper Search Tool to help with your search.

I mentioned at the top of this article that the online fountain pen community has been talking about Tomoe River paper. If you’re interested in being more social or informed, here are a few resources you may want to explore:

Tokyo Inklings – A podcast with great info about the Tokyo pen community and a good source for Tomoe River updates.
The Pen Addict Slack – Constant conversations about everything pen related. You can request an invite here.
musubi – One of the original sources of Tomoe River info to the fountain pen community.
r/fountainpens – The fountain pen subreddit that has occasional discussions about current events.